The Fitzpatrick family has been celebrating 50 years running the Lord Clyde pub in Clennam Street off Marshalsea Road. 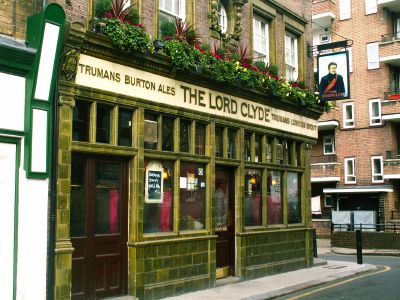 The Lord Clyde in Clennam Street

In 1956 Denis and Molly Fitzpatrick took over the licence of the pub. Today 50 years on Michael and Lucy (their son and daughter-in-law) run the pub. Now their son Martin is poised to be the third generation of the family to take over aided by his brother James and sister Claire.

Though the Borough has changed a great deal in 50 years, the Lord Clyde has remained constant and enjoys an excellent reputation, featuring in many guidebooks and picking up several awards down the years.

The unspoilt pub has also been used as a location for numerous films and TV productions.

The family held a knees-up for friends, family and customers on Tuesday night to celebrate the anniversary.