The Mayor of London has spoken about the impact his draft budget for 2007/8 will have on SE1 residents, saying that policing and public safety are his priorities. 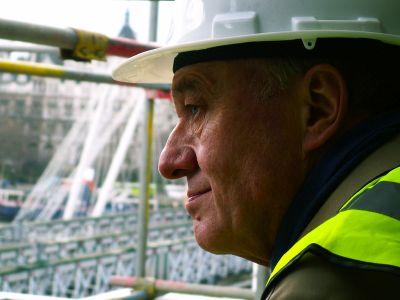 "Crime in the capital is now at a six year low and the most recent figures show crime in Lambeth has fallen by 10.1 per cent and Southwark by 8.6 per cent," says Ken Livingstone.

"In Waterloo robbery is down 30 per cent and in London Bridge and Borough drugs offences have been cut by 8.3 per cent."

"In no small part, this fall is due to putting police back on the beat in SE1. Now, 18 months earlier than promised, all Safer Neighbourhood teams are now in place in SE1.

"My budget proposals will provide an additional Ł44 million to fund the full year cost of neighbourhood policing, including an extra 261 police community support officers to be added to the existing teams covering the more populated neighbourhoods."

The Mayor's claims about local policing in SE1 were challenged by Chaucer ward councillor Tim McNally (Lib Dem), who said: "Claiming our Safer Neighbourhood Teams are at full strength is fiction.

"In Chaucer Ward we're a PC down and only have one as they've assigned a PC who has been on suspension for three years and is unlikely to return to duty soon.

"In Surrey Docks was they 'made up the numbers' by assigning two PCSOs who are on long-term sickness.

"Until the true numbers are assigned we're just providing the Met with a way of reassigning problems, and the Mayor of London with statistics that don't translate into the bobbies on the beat that residents want."

The Mayor restated that the increase in the GLA precept would not be more than 29 pence per week on an average Band D council tax bill.

Southwark and Lambeth councils are expected to announce details of their portion of the overall council tax bill next month.

The Mayor's budget can be blocked if two thirds of the London Assembly vote for an alternative budget. In the last two years the Mayor has won the backing of the Labour group on the Assembly, along with Green Party members Darren Johnson and Jenny Jones, in order to secure the one third of Assembly members needed to pass his budget.

Environmental measures secured by the Green members in exchange for their support include a Ł40 million funding boost for cycling over the next three years, ten more hydrogen buses and 60 low carbon vehicles and hybrid buses to become standard in London.

"This budget agreement builds on London's success in reducing the proportion of journeys made by car," says Jenny Jones, who is also a Southwark councillor.

"We want to promote cycling and walking in London as the healthier and more environmental option. We want cleaner buses and safer roads. We want London to lead the way on climate change by showing that an nvironmentally friendly transport system is also the most efficient transport system."