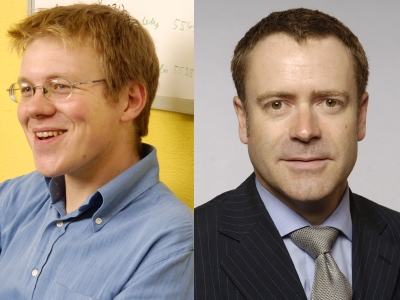 Section 106 cash, sometimes known as 'planning gain', is money paid by developers under section 106 of the Town & Country Planning Act to address the impact of new developments and the extra demands they may place on local public services such as schools.

In a recent newspaper interview Southwark Labour leader Cllr Peter John called for money from the section 106 pot to be "divided up in a way that would be fair to areas such as Camberwell who don't get the massive developments".

This remark has sparked a furious response from Cllr Richard Thomas, Southwark's executive member for regeneration.

"Labour's plans to siphon cash from local projects in Bankside, Bermondsey, Walworth and Rotherhithe into Camberwell and Peckham are outrageous and illegal," said Cllr Thomas. "Labour Leader Peter John has shown his utter disdain for the north of the borough."

He added: "We can and do seek contributions for council-wide services like education from developers. But it is absolutely right that planning gain should be focused on small local projects providing the infrastructure required to support our growing communities and relieving pressure where that pressure exists."

Is Southwark spending the cash?

But in turn Cllr John accuses the Lib Dem-Tory administration of failing to spend millions of pounds of section 106 cash.

"And time and time again we see millions of pounds of unspent planning money, Ł14 million at the last count, sitting in council bank accounts achieving nothing for the people of Southwark. If Lib Dem Richard Thomas is so clever – how can he justify that?"

The political spat in Southwark coincides with an investigation by the London Assembly's planning and spatial development committee into the use of section 106 funds across the capital.

Led by Tony Arbour AM, the investigation will cover different approaches undertaken by London boroughs and the Mayor to negotiating section 106 agreements, the effectiveness of monitoring and enforcement and the quality of outcomes.

"However, the local community does not necessarily see much benefit from the disruption or loss of amenity that may result from that development.

"There are doubts that these deals are always delivered in full, concerns that councils cannot enforce these agreements, and that there is little community involvement in what is negotiated and how it is spent.

"This committee wants to understand the value to London of developer contributions that are secured after planning permission is granted, with a view to offering suggestions for changes in policy so that the community secures the best possible outcomes from the process."