Few people will have contributed so much to improve SE1 as Keib Thomas, who died earlier this month, writes Mark Drinkwater. 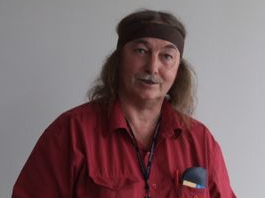 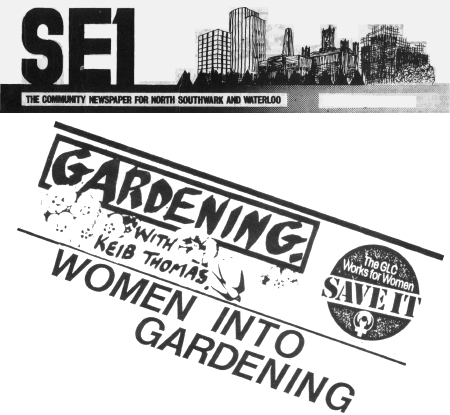 Through a succession of jobs spanning 27 years he dedicated himself to the diverse communities of North Southwark.

For 11 years he taught at Morley College, focusing on oppressed ethnic minorities, or 'endangered people' as he called them.

Next came eight years working as a volunteer co-ordinator for a community centre, Bede House, in the heart of Bermondsey, an area with high unemployment following the demise of the docklands industries nearby in the 1960s.

A spell at Southwark Action for Voluntary Organisations (SAVO) was curtailed when he was headhunted by Southwark Police in 2000 to lead on community liaison projects in the borough.

A marvellous storyteller, who was also just as comfortable listening to others, anyone in fact – he had time for everyone.

His signature 'beatnik' look was one that ensured he stood out in a crowd. Keib was a man who confounded stereotypes. "Vegetarian? Never – not me, the son of a butcher from West Wales!" he used to respond to questions about his dietary requirements.

He was often heard expressing surprise at his most recent job: "When I think how critical I was of the police during the time of the Brixton Riots, who would have thought, least of all me, that one day I would be working for them!"

In his most recent initiatives he worked with all faith organisations in Southwark. A man of no religious beliefs himself, he felt that this was the qualification that ensured he was best placed to do inter-faith work.

A good old fashioned community worker, he was never seen (by me, anyway) with a mobile phone at work, preferring instead to make a personal connection with those he worked with. Yet his youthful ideas always stayed at least one step in front of local and central government.

In fact the police's acquisition of Keib showed great foresight – his knowledge and relations with the various communities were able to minimise any backlash against Muslims. Such projects predate central government initiatives on what became known as 'community cohesion'.

His death will be mourned by the many diverse communities of Southwark.

Keib Thomas made a sustained and hugely appreciated contribution to Bermondsey and Southwark life over two decades.

In the battles for community security, justice and equality he was never far away. Keib was an example of those people who by their consistent support for the community show how valuable voluntary organisations can be.

Many people will miss Keib greatly. The depth of community appreciation is shown by the number of tributes already given for his life and service. We send his widow, family and close friends our very sincere condolences.