There are just three days left to nominate people who have given exceptional voluntary service for a Southwark Stars award. 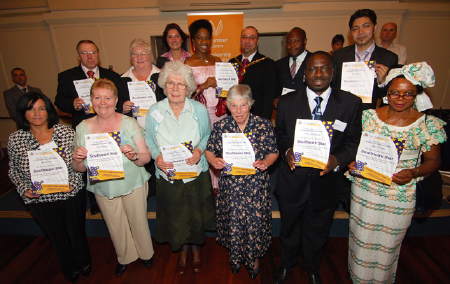 Some of last year's Southwark Stars

Nominees for a Southwark Stars award need to have volunteered in Southwark for at least 100 hours over the last 12 months.

At last year's awards 88 volunteers were given 'Southwark Stars' and collectively they had given a remarkable 26,000 plus hours to the Southwark community.

There are five categories in the Active Citizens Awards, including Good Neighbour of the Year and Community Group Member of the Year.

New for 2008 is the Keib Thomas Award for Community Activism in Southwark which will recognise the work of people who campaign for change or improvement to services or people's rights and lobby public service providers to influence what they do.

Nominations for both sets of awards can be submitted online at www.volunteercentres.org.uk/awards – the deadline is Wednesday 20 February.