Two men have been jailed for life at the Old Bailey for murdering George Francis in Lynton Road. 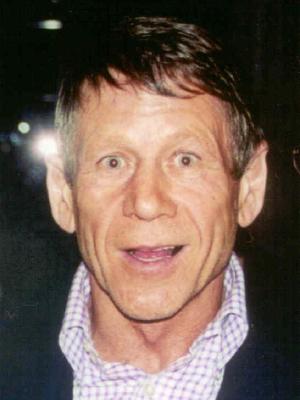 Terence Conaghan, 54, from Glasgow, and John O'Flynn, 53, from Cheshunt, were convicted of murder on Thursday and have been ordered to serve at least 20 years.

Harry Richardson was found not guilty.

Mr Francis was shot four times at his haulage firm in Bermondsey on 14 May 2003. The jury heard heard that Conaghan and O'Flynn were paid Ł3,000 to murder Mr Francis.

George Francis had arrived for work in his green Rover at the premises of Signed, Sealed and Delivered, the courier business he set up and owned, expecting to attend an early morning meeting.

Residents who heard the shots called police. They found George Francis's body slumped in the front seat of his car.

Speaking after the trial, Detective Superintendent Stuart Cundy said: "It has taken over four years to bring those responsible for the murder of George Francis to justice. During that time, none of those responsible for his murder has admitted his part in this clinical execution. It was a callous act on George who believed he was attending a meeting, but in fact had been lured to his death.

"All have endeavoured to thwart police enquiries at every turn. I thank those witnesses who came forward and gave evidence, despite threats and fears for their own personal safety. I would urge others to do the same in such circumstances.

"Most importantly, I pay tribute to George's family, especially his wife, for their patience, faith and belief in the police over the last four years. I hope today's convictions go some way to pay tribute to their memories of George.

"I still believe others are involved and bear some responsibility for contracting George's murder. I appeal to anyone for information that would lead to their arrest and conviction to contact the police on 020 8721 4005 or Crimestoppers anonymously on 0800 555 111."