A community theatre project run by The Old Vic and the Imperial War Museum was named the UK's favourite Lottery-funded heritage project on Saturday night. 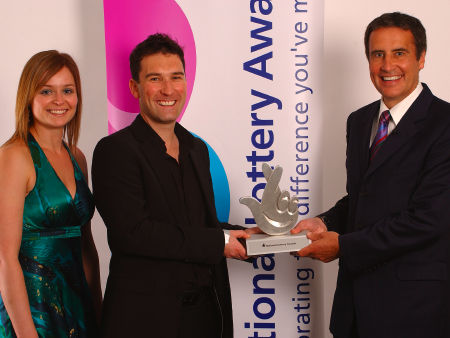 The National Lottery Awards – now in their fourth year – aim to recognise the difference that Lottery-funded projects make to local communities and celebrate the achievements of the people behind them.

Somme Theatre was a collaboration between The Old Vic and the Imperial War Museum which saw a cast of locals perform a play – On the Middle Day – about the Battle of the Somme.

The play, staged last year to mark the 90th anniversary of the battle in which the British Army lost 58,000 troops, included a cameo appearance by the Waterloo theatre's artistic director Kevin Spacey as the voice of King George V.

Somme Theatre was funded by a Ł46,100 grant from the Heritage Lottery Fund.

The final awards were chosen by the public from a shortlist announced last month.

Saturday night's glitzy ceremony was attended by a number of celebrities including Gary Lineker, Elaine Paige and Tess Daly. Hosted by Dale Winton and Jenni Falconer, the event was broadcast live on BBC One.

Were you part of Somme Theatre? Did you see the play?