Services and ceremonies of remembrance for those killed in war have been held at churches and war memorials around SE1. 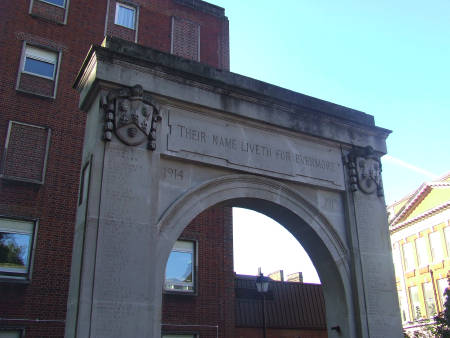 The memorial arch at Guy's Hospital 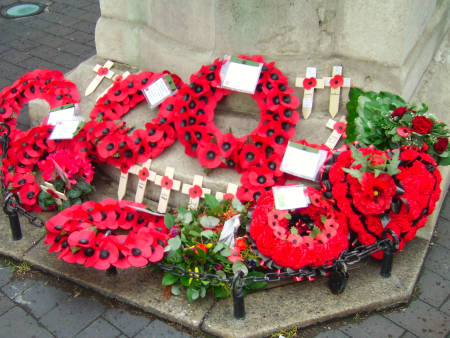 Wreaths at the Borough War Memorial 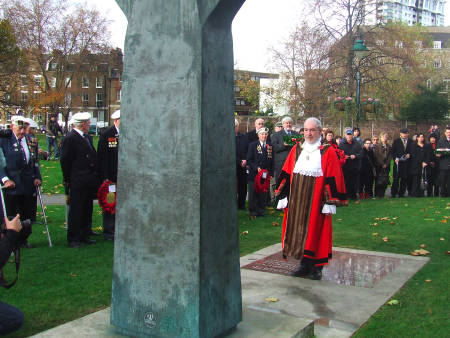 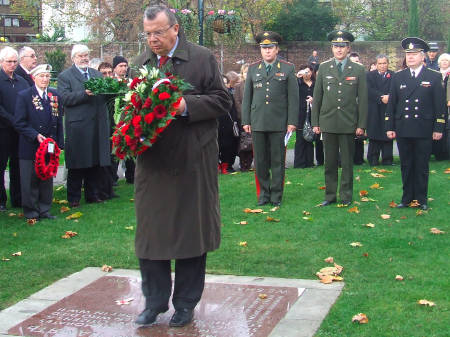 The Greater London Authority held its annual service of remembrance for London's war dead in the chamber at City Hall on Friday morning.

The service included the dedication of a book of remembrance by the Bishop of Edmonton, Rt Revd Peter Wheatley. The book commemorates London County Council members and staff who, in the service of London, gave their lives in the World War 1914-1918.

Mayor of London Ken Livingstone and chair of the London Assembly Baroness Hamwee AM were amongst those laying wreaths at the City Hall War Memorial.

Canon Richard Truss of St John's Waterloo, in his capacity as chaplain of the GLA City Hall Branch of the Royal British Legion, conducted the service with participation from other faith representatives.

Dozens of students, academics and hospital staff gathered at the the Guy's Memorial Arch on Friday where new college chaplain Revd Anna Macham led a short service of remembrance.

At least a hundred people were present at the War Memorial in Borough High Street on Remembrance Sunday to observe the two minute silence and witness the laying of wreaths. The attendance was the highest for many years.

Police briefly closed the road to traffic and in the unusual quiet the crowd was able to hear the cannon fired on Horseguards Parade announcing the end of the silence.

The Borough's outdoor service was conducted by Fr Bill Harrison, parish priest of the Church of the Precious Blood and prayers were led by Fr Ray Andrews, rector of St George the Martyr Church.

Wreaths were laid by Cllr David Noakes on behalf of the ward councillors and Cllr Kirsty McNeill who was representing Southwark Labour Group.

A wreath was also laid on behalf of Southwark's Guildable Manor. Staff from Hacking & Sons placed a wreath at the base of memorial last Friday.

On Sunday Lunchtime a ceremony was held at the Soviet War Memorial in Geraldine Mary Harmsworth Park. Wreaths were laid by the Mayor of Southwark, Cllr Bob Skelly, the Russian Ambassador to London Yury Fedotov and diplomats from embassies of a number of former Soviet countries as wells as representatives of veterans' groups. Cllr Paul Noblet laid a wreath on behalf of Simon Hughes MP and Cllr Susan Elan Jones represented Southwark Labour Group.