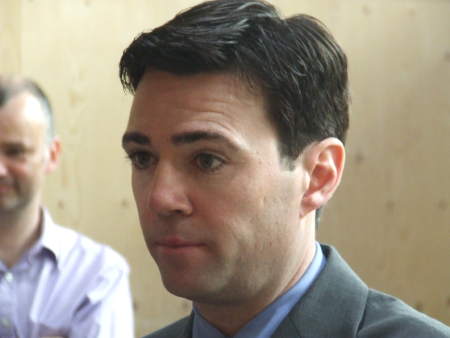 A £110 million investment in the 'Creative Partnerships' scheme will allows children and young people in schools to work with creative professionals such as artists, writers and actors.

The £25 million 'Find Your Talent' programme will be piloted in ten areas around the country. It will give young people the chance to discover and develop their talents with the intention, ultimately, to offer children five hours of arts and culture a week, in and outside of the school day.

This will include the chance to perform on stage and attend performances amd exhibitions at museums, galleries and heritage sites, as well as film-making, music-making and creative writing.

The 'Find Your Talent' project will be implemented by a new body, the Youth Culture Trust, which will also oversee the Creative Partnerships scheme, working with more than 2,000 schools each year.

Andy Burnham and Ed Balls also announced a further £13 million over three years for an initiative that funds educational work with museums and galleries around the country including Tate and the Imperial War Museum.

"All children have creative talents and we want to ensure that they have the opportunity to develop them," says Andy Burnham. "Theatre, film, music, museums and other art forms can be life-changing for young people, broadening their horizons and raising self-confidence and aspirations.

Burnham replaced James Purnell as culture secretary last month after less than a year in the job.

• Next week Andy Burnham is expected to publish a new green paper on the creative industries which will give the Government's backing to the British Film Institute's plans for a major new film centre on the South Bank, likely to be proposed for the controversial Hungerford Car Park site next to Jubilee Gardens.