A 20-foot bronze cast sculpture called The Dance by Nasser Azam has been installed outside County Hall on the South Bank. 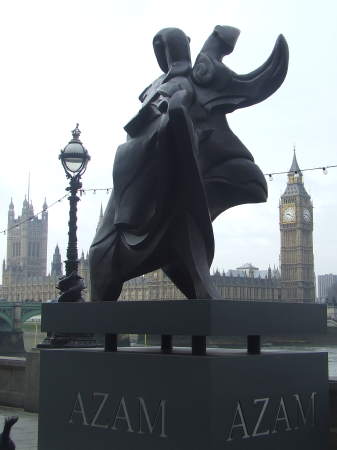 The Dance by Nasser Azam 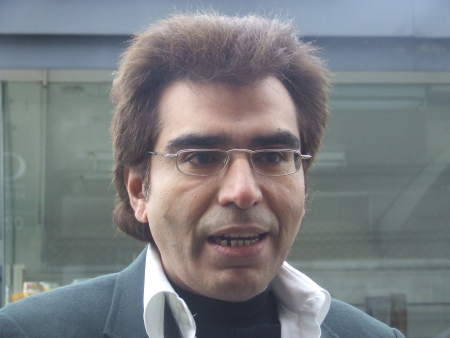 The Dance – which has been created by County Hall Gallery's artist-in-residence Nasser Azam – is described as "a vibrant representation of two bodies in motion".

Two dancers are caught in a passing step, looking away from each other, posed in way to suggest a graceful movement brought to completion. Walking around The Dance, the viewer's impression changes from a single gesturing figure to a body held in mid-air, and then of two dancers in rhythmic balance.

Other works by Nasser Azam can be seen at County Hall Gallery, the attraction that also houses the permanent Dali Universe exhibition.

Azam was born in Pakistan in 1963 and has lived in the UK since 1970. He began painting in 1980 but decided to pursue a career in financial services. He took up painting again in 2006 and became artist-in-residence at County Hall last year.