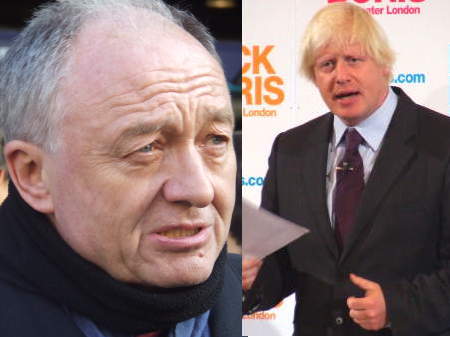 "This is the first time in recent memory that we have seen attempts to use political thuggery to stop normal freedom of speech during an election campaign," said a spokesperson for Ken Livingstone.

"These tactics are more reminiscent of the British National Party than the Conservative Party.

Ken Livingstone himself added: "This is the first time in my political career I have ever seen a mainstream party attempt to physically disrupt campaigning events carried out by another party. It is particularly serious as these were directed against both the candidate of another party, Sian Berry, and against a visitor to London, the Socialist Mayor of Paris. Such methods have no place whatever in democratic electoral campaigning."

A spokesperson for the Boris Johnson campaign told the London SE1 website: "The group of Boris supporters who attended the event consisted of mainly young women and a mother and her daughter so could hardly be called thugs. If anyone got physical, it was the Livingstone camp. Boris supporters believe in peaceful protest and would never engage in any form of violence to cause disruption."

The joint Labour-Green walkabout in Borough Market was designed to highlight the parties' common ground on many environmental issues.

The candidates published a six-point list of commitments shared by Livingstone and Berry, including support for the Kyoto Treaty, a £25 a day congestion charge for so-called gas guzzlers and opposition to airport expansion.

"Ken Livingstone and the Green Party in London have shown genuine leadership on climate change," says Jeremy Leggett, chairman of the leading solar business SolarCentury which is based in Waterloo's Lower Marsh.

"Clean tech businesses in London would have a real chance under him as Mayor."