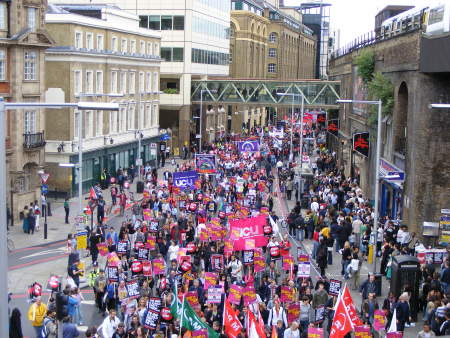 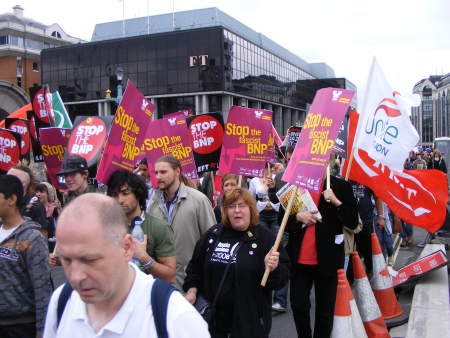 The demonstration was organised by Unite Against Fascism and Love Music Hate Racism following the recent gains by the British National Party (BNP) in last month's council and London elections.

The rally point was deliberately chosen to be near City Hall where the BNP has secured a seat on the London Assembly. The build-up to the march closed Southwark Street for several hours on Saturday morning causing RV1 and 381 buses to be diverted and delayed.

The closure of the Jubilee line for engineering works delayed many demonstrators trying to reach London Bridge Station. The march eventually moved off an hour late at lunchtime.

The many trade union banners from across the country included Southwark Unison.

The march, with a band on a float at each end, made its way along Southwark Street and over Southwark Bridge for a rally in Trafalgar Square where speakers included Mark Serwotka, general secretary of the PCS civil service union.