The owners of the Dover Castle backpackers' hostel at the Borough have been handed down a maximum penalty after a baby was hit by a falling window. 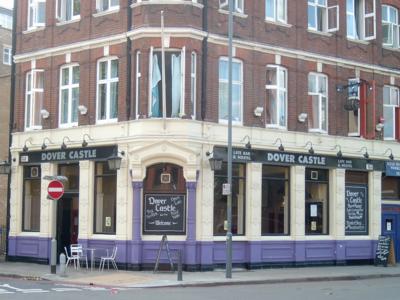 The Dover Castle at The Borough

Foreignmagic Ltd, owners of the Dover Castle Hostel at the corner of Great Dover Street and Swan Street, were fined £20,000 and ordered to pay £2,500 in costs at Camberwell Magistrates Court earlier this month, after pleading guilty to one charge under Section 3 of the Health and Safety at Work etc Act 1974.

Southwark Council prosecuted the company after an October 2006 incident when a wooden-framed window and glass pane fell from a second storey hostel window, landing on top of a child in a pushchair outside the building.

The four-month old child remained in intensive care for five days and suffered serious head injuries, including a brain haemorrhage.

The council's prosecution was taken under Section 3(1) of the Health and Safety at Work etc Act 1974, which states that it is an employer's duty to ensure, as far as is reasonably practicable, that people outside their employment but who may be affected by the business are not exposed to health and safety risks.

The council's investigation looked at the health and safety management of the maintenance of the premises. It revealed that the openable window frames were rotten and defective and were restrained by chains rather than fixed stays.

"Businesses cannot afford to be lax around routine maintenance of their premises and need to take all practicable steps to do the necessary work," says Southwark Council's Tim England.

"This is a message to businesses that health and safety duties apply not only to their employees, but also to passers-by and people visiting their premises."

• We attempted to contact the management of the Dover Castle but no response was received by the time of publication.