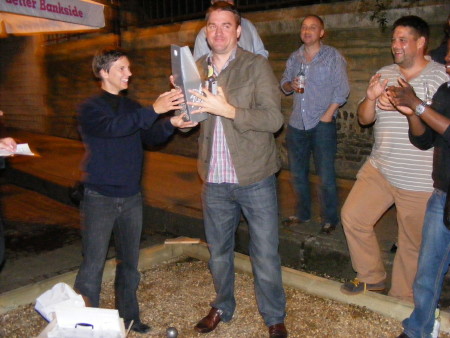 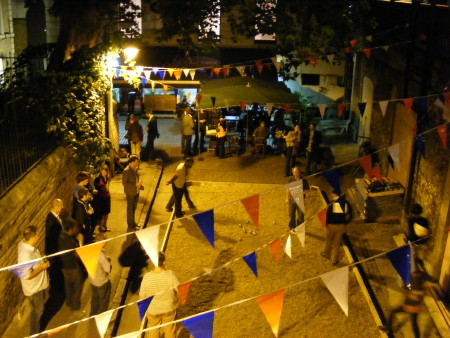 In the gathering dusk the exuberant crowd cheered on both sides and at the conclusion toasted each team, La Cave and Southwark Cathedral.

Better Bankside's chief executive Peter Williams congratulated the winners from Winchester Walk-based Globe Business Publishing and presided at the presentation of French wine and a set of new silver boules.

The winning team has promised to join in next year's Shrove Tuesday pancake race as well as the second Better Bankside Boules Tournament.