Community organisations in Lambeth, Southwark and Lewisham have come together to seek an end to youth violence. 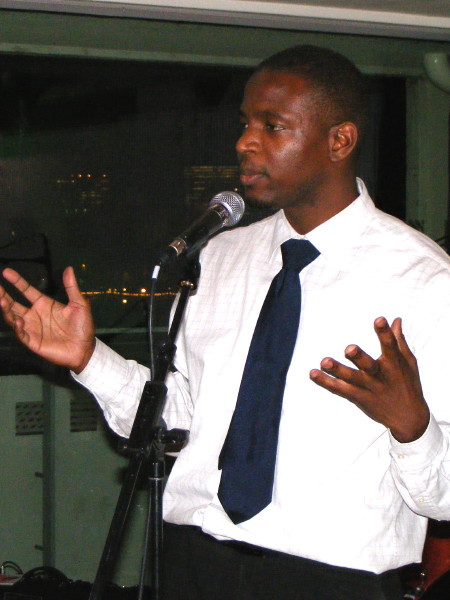 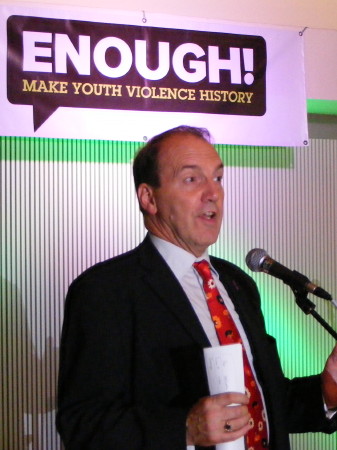 The Enough! campaign originated in a conversation Simon Hughes had on the Tabard Gardens estate 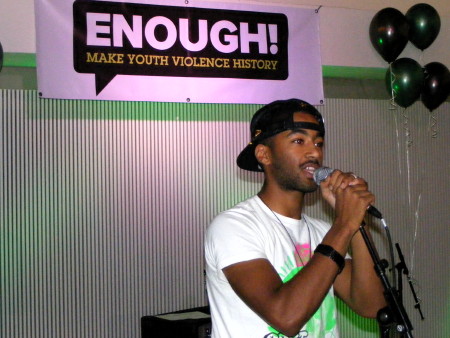 Amilcar of Mr Man & The Illersapiens

The 'Enough! Make youth violence history' campaign has been launched to create a 'volunteer army' to tackle gangs of blades and bullets. Enough! believes that one of the central solutions to making youth violence history is to increase the capacity and resources of the organisations who are already doing work with young people.

Speaking at the Royal Festival Hall launch event on Thursday, Simon Hughes MP said the 'Enough!' concept had come out of a conversation he had in the rain with a mother as neighbours gathered to lay flowers following the murder of David Idowu on the Tabard Gardens estate this summer.

The speakers were introduced by singer Amilcar of Mr Man & The Illersapiens who told of his horror of being present during the recent fatal shooting at the SeOne Club at London Bridge.

"I want to do something now," said Jenny Hinds, who has worked with young people at Blackfriars Settlement for 21 years. She announced that she was backing Enough! having seen a newspaper headline reporting the murder of a teenager she knew as a nine year old at Waterloo Adventure Playground. She called for funding for facilities.

"Everybody's good at something. We have got to find out what that is and put them somewhere where they can do it."

Also present to support the initiative were members of the SE1 United youth forum.

During the evening Creative Circle Group premiered its a new documentary video exploring difficulties being faced by young people following the decision of Charterhouse-in-Southwark to withdraw facilities and funding from after school and youth clubs.

Duwayne Brooks, friend of murdered teenager Stephen Lawrence, appealed to young people to beware of friends who insist on carrying knives and to report them to the authorities.