A leading detective and Simon Hughes MP have made an impassioned plea for witnesses to the murder of 14-year-old David Idowu on the Tabard Gardens Estate to come forward. 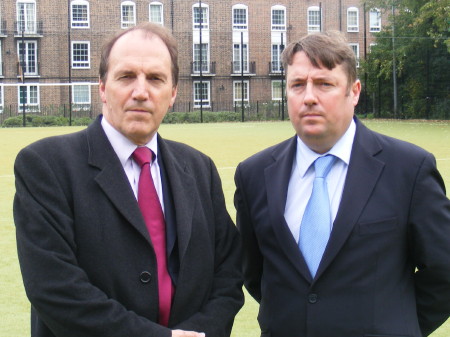 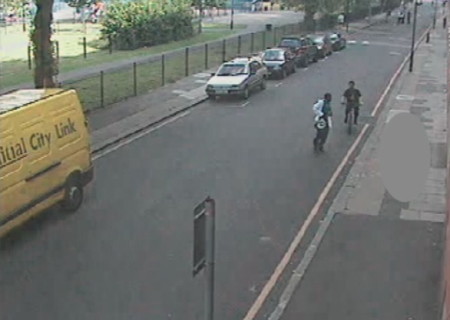 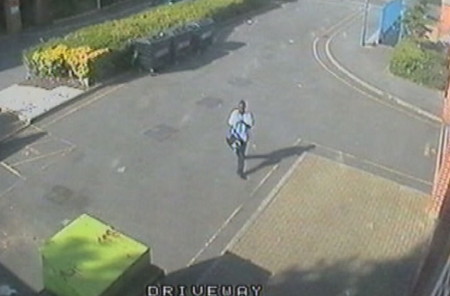 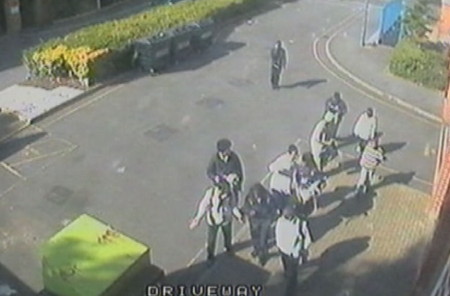 A group of youths walking through the estate after the incident

DCI Damian Allain and Simon Hughes MP made their appeal at the Tabard Gardens astroturf on Tuesday morning as police released CCTV images captured in the moments after David Idowu was fatally wounded on the football pitch on 17 June.

After he was stabbed David Idowu ran towards Great Dover Street via Becket Street where he collapsed.

He was airlifted to the Royal London Hospital where he died three weeks later.

Detectives have taken the unusual step of releasing CCTV images of young people who were in the area when the attack took place but have yet to come forward with information.

The two sets of images are from CCTV in the Tabard Street area and the first footage shows two males.

Male 1 is black wearing a green top with a white shirt open over it, black/dark trousers carrying a black bag with writing on it.

Male 2 is black, tall, and skinny with possible flat top haircut and large forehead. He is wearing dark bottoms and a dark top with a t-shirt over it. He also had black gloves on. He is riding a BMX bicycle, which is pink/light red with black wheels.

The third CCTV shot shows a group of youths walking past the university halls of residence shortly after the incident. It is believed they witnessed David being stabbed and followed him as he ran away from his attacker.

Detectives from the Homicide and Serious Crime Command based at Lewisham are investigating the incident.

"These images show a number of people we are very keen to identify and speak to," says DCI Damian Allain who is leading the investigation.

"David's murder has shocked the local community. He was a good lad, who did nothing to provoke his attack and we need the help of everyone to get justice for him and his family.

His appeal was backed up by the North Southwark and Bermondsey MP who has offered to provide support and reassurance to any of the witnesses who may be nervous about coming forward.

"David is the youngest victim London has ever had in recent times of this sort of crime," says Simon Hughes. "We absolutely need to make sure that the criminal justice system is seen to protect young people.

"If it can't protect someone like David and his family – and make sure that if people behave as wickedly as someone did towards him that they are convicted – then to be honest we're all failing."

In a direct appeal to the witnesses who have not yet come forward, he said: "The manly thing to do is to come and say what you know," calling on the young people to show respect to David and his family by helping to secure the conviction of his killer.

Police officers have been working with local schools to encourage witnesses to come forward.