The Museum of Garden History next to Lambeth Palace has unveiled its new-look interior and new name. 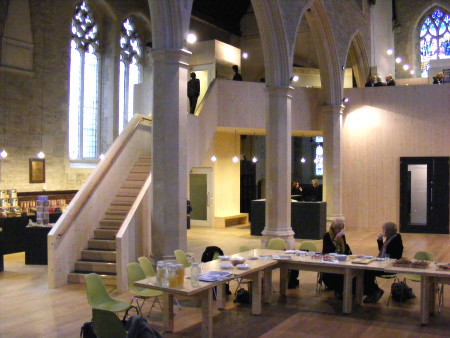 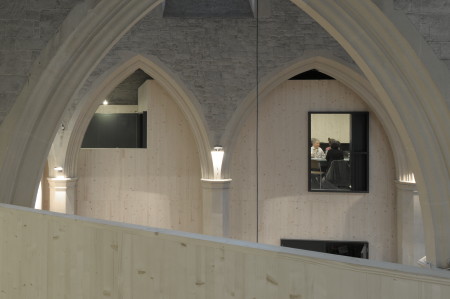 A new education room has been created on the upper floor (Photo: David Grandorge)

In July the Museum of Garden History closed its doors for the installation of a new freestanding prefabricated structure inside the building providing new display spaces over two levels. Now the all-new Garden Museum is open for business

The museum was established in 1977 in the disused church of St Mary-at-Lambeth, where "the father of British gardening" John Tradescant and his son are buried in the churchyard.

Three decades later the museum's new regime, led by director Christopher Woodward and curator Mary Guyatt, considered that the displays "seemed to represent a moment in time that has passed" and set about rethinking what a museum of gardening should be about.

"One question was 'Should we stay here at all?'" explains Woodward. "Should we abandon this building and move somewhere else? What you see is our response to that.

"As a curator this was the worst possible building for a museum to be in. It's full of sunlight, it's dusty, it's damp in some parts..."

"As a museum you're looking for eight or nine self-contained spaces: a cafe, a shop, an archive, a permanent collection, exhibitions, education, events.

"The challenge was how to fit these functions into this space, but at the same time preserve what people admire which is this wonderful big light volume."

Woodward admits that although attracting visitors to a museum about gardens might seem easy in a nation where there are at least 12 million gardeners, in reality the venue has struggled to find a mass audience.

Dow Jones architects won a competition to design a new gallery for temporary exhibitions but their plans soon evolved to include a new space for the permanent collection which previously filled the nave.

Their prefabricated Swiss timber structure – which uses 423 trees – was delivered in sections through the church's west door and installed in the west end of the building.

Returning visitors will be struck by the vast new empty space created in the nave of the church, intended to provide flexibility for public and corporate events.

All the old furnishings have been swept away, including the mock-Tudor stage furniture donated by The Old Vic after a production of Henry VII.

Upstairs the modest permanent display begins with a 17th century panorama by Wenceslaus Hollar with St Mary-at-Lambeth at the centre. It was acquired by the museum in memory of its late founder Rosemary Nicholson and shows much of Lambeth and Southwark laid out as fields and gardens.

Although the museum has 9,000 objects in its collection, a "less is more" approach has been taken in the design of the displays which cover themes including garden tools and depictions of gardens and gardeners in art.

Downstairs the new gallery space opens with a retrospective of Beth Chatto through her private archives, photographs and correspondence. The exhibition room seems small within the context of the large church space but everything is immaculately designed and presented.

The interior and the name isn't the only thing that's changed. Before the revamp the museum asked visitors to donate Ł3. Now there is a Ł6 admission charge.