The Dixie Ticklers have given 15 classic nursery rhymes and children's songs a New Orleans-style makeover. 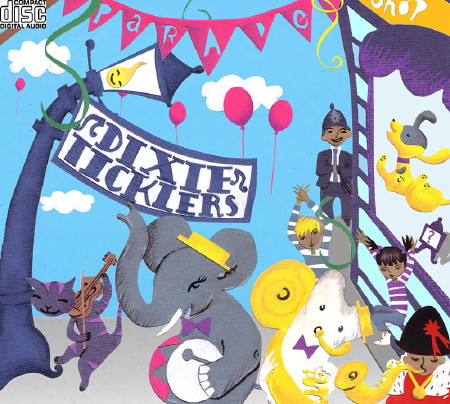 Dom James and his Dixie Ticklers Parade, with featured vocalists and the Bassett House School Choir, aim to introduce children of all ages to instruments found throughout jazz and blues.

After a studying music at school, which included a period as a Westminster Cathedral choirboy, Dom read physics at university. Returning to music, he founded the five strong Dixie Ticklers two years ago and more recently the Ticklers Big Band. Their jazz has been enjoyed by lunchtime crowds in Southwark Cathedral's churchyard during the summer and at the lighting up of the Christmas tree earlier this month.

At home in Merrick Square Dom, who plays the clarinet, writes music for films and this year had his BBC debut with part of the score to the psycho drama Lifeline.

"The in-depth experiments on the King's Road and in Southwark Cathedral's churchyard have proven that children these days like nothing more than to bounce along to the wicked beat of New Orleans Dixieland jazz," says Dom. "It's a wonderful meeting of young and old."

Featured tracks re-worked in a Dixieland style include The Wheels on the Bus, Hey Diddle Diddle the Cat and the Fiddle, The Laughing Policeman, The Grand Old Duke of York, The Teddy Bears Picnic and Three Blind Mice.

Dixie Ticklers Parade is on the Dom James Music label (£11.99) and can be purchased from Southwark Cathedral's shop or online via www.dixieticklersparade.com