Around 80 people deposited fake excrement on the South Bank on Wednesday morning at a flashmob to mark the end of the International Year of Sanitation. 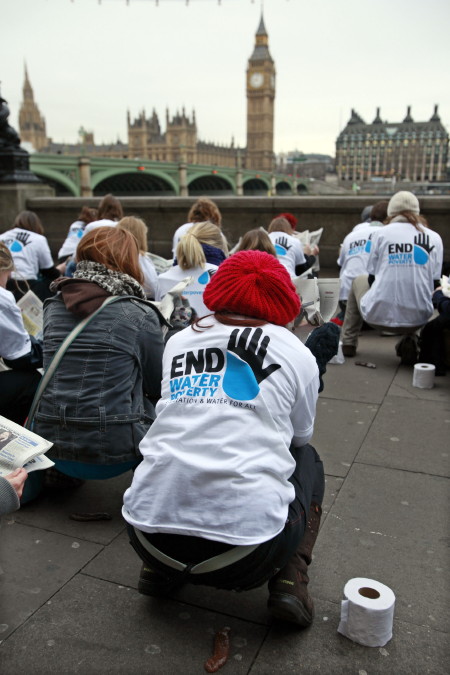 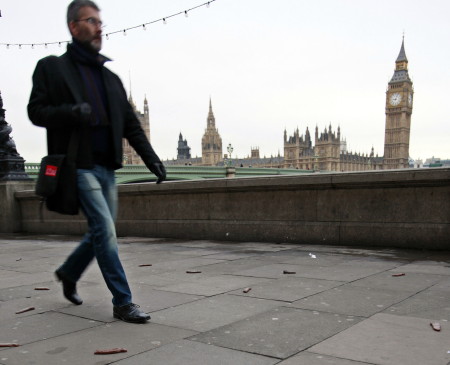 Bemused onlookers watched as campaigners flash-squatted for two minutes as Big Ben struck 9am before getting up and leaving behind a fake poo.

The flashmob was staged on the South Bank riverside walkway in front of County Hall.

"The fact that toilets are at the bottom of politicians' lists is outrageous when you consider that 5,000 children die every day from lack of basic sanitation," says Steve Cockburn from the End Water Poverty campaign.

"2008 was the International Year of Sanitation but those in power have yet to take notice. Our flash squat stunt gives a snapshot of what London would be like if we didn't have toilets – something that is a reality for 2.5 billion people across the world."

WaterAid says that every year 1.8 million children die as a result of disease caused by poor sanitation and unclean water, the equivalent of one child every 20 seconds.

A recent WaterAid report highlighted sanitation as probably the biggest cause of death for children under five in the developing world.