Leathermarket JMB has named its apprenticeship scheme in memory of teenager Jimmy Mizen who was killed last year. 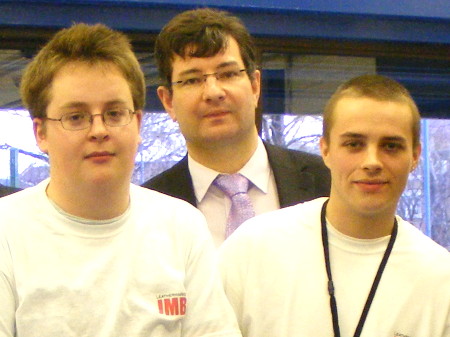 Apprentices Alex Hale and Jack Crouch at the launch event 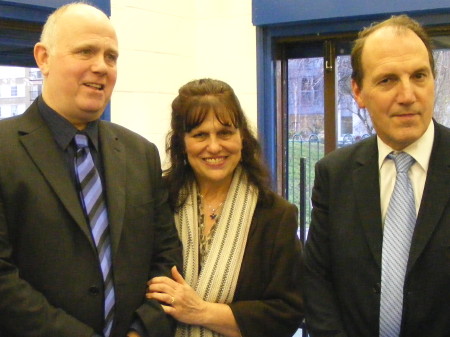 Jimmy spent two weeks on work experience with the Leathermarket Joint Management Board in spring 2007.

So impressed were the staff at the tenant management organisation with his attitude that they decided to set up an apprenticeship and encourage him to apply for it.

Last May, on the day after his 16th birthday, Jimmy was attacked in a shop in Lewisham and died.

"Our organisation is all about committed people making a difference to the quality of people's lives and Jimmy exemplified this in his time with us," said Leathermarket JMB chair John Paul Maytum at the launch in Bermondsey Village Hall.

"He touched the lives of a lot of our staff which is why so many are here today.

"Jimmy's attitude and approach gave us a shining model of what committed young people can achieve and so it seemed right to name our apprentice scheme in his memory.

"It was tragic he was taken from us all so young but we hope he will be a model for all the other apprentices that join our scheme."

Jimmy's father Barry Mizen, who was at the launch with his wife Margaret, said: "Our son Jimmy was really looking forward to starting the apprenticeship. We feel sure it would have been ideal for him and he would have given it his full effort. He had loved his time here."

The first two young people to benefit from the Jimmy Mizen Apprenticeship Scheme, Jack Crouch and Alex Hale, were present to meet Mr and Mrs Mizen.

Also at the launch to pay tribute to Jimmy were Simon Hughes MP and Mayor of Lewisham Sir Steve Bullock.

The Mayor of Southwark was represented by Cllr Bob Skelly who said: "The scheme came out of his life and not his tragic passing."

Jake Fahri, aged 19, has been charged with the murder of the teenager.