The developers of the controversial proposed 31-storey tower of student accommodation near London Bridge known as The Quill have revealed plans to seek permission to built the scheme as luxury homes for sale. 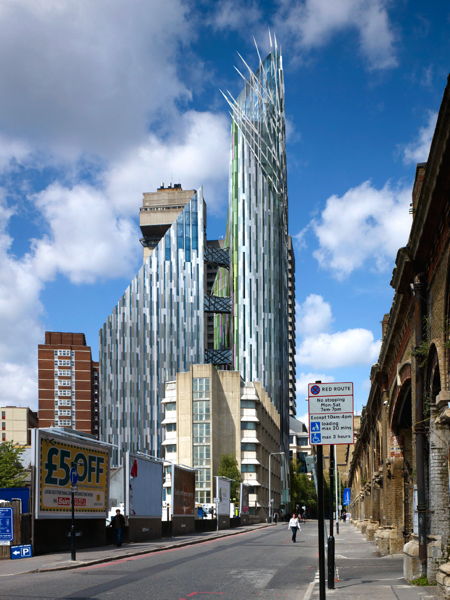 Southwark councillors approved plans for The Quill in 2011.

The tower, on the site of Capital House at the corner of Weston Street and St Thomas Street, was to accommodate 470 students, with priority given to those studying at King's College London whose Guy's campus is adjacent.

SPPARC's design for the the 31-storey tower was said to be an allusion to Southwark's literary heritage.

Now developers Bilford have revealed that they plan to apply to Southwark Council for permission to convert the unbuilt scheme into 119 private homes for sale.

The external design of the tower is unchanged from the previous student accommodation scheme.

There would be no on-site affordable housing as part of the scheme but Bilford is in talks with the Leathermarket Community Benefit Society to fund its proposed development of 33 new council homes at the corner of Weston Street and Guy Street.

• The proposals are on public show at the offices of Leathermarket JMB in Leathermarket Street on Thursday 30 October 2pm-8pm and Saturday 1 November 10am-2pm.