Elephant & Castle Railway Station to be unstaffed at weekends 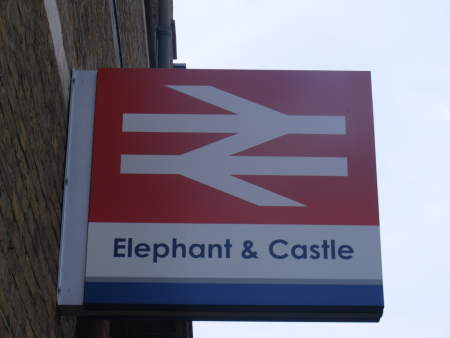 The overground station has entrances in Elephant & Castle Shopping Centre and Elephant Road and is served by First Capital Connect's Thameslink trains and Southeastern services from Blackfriars.

First Capital Connect plans to change the weekday hours to 7.15am-8.30pm with no staff presence at the station on Saturdays and Sundays.

An analysis by watchdog London TravelWatch shows that on an average Saturday the ticket office sells 289 tickets with just 45 issued on Sundays.

The proposal for changes to ticket office hours at Elephant & Castle and nearly 50 other stations will be reviewed by the Department for Transport this month with implementation scheduled for March.

An early day motion criticising the cutbacks has been tabled in the House of Commons.

Lambeth & Southwark London Assembly member Val Shawcross has submitted a written question to Mayor of London Boris Johnson asking him to join her in calling on First Capital Connect to drop their plans.

"This is an attack on passenger service and safety and an attack on our members' jobs at the worst possible time," says RMT general secretary Bob Crow.

"Like all the other private rail operators FCC have just imposed massive inflation-busting fares hikes despite raking in huge profits, and hot on its heels comes another blow to passengers and rail workers alike.

"But these cuts can be beaten, and the rail watchdogs have the power to ask the government to block them, so the more passengers who object the clearer it becomes that people want to see more staff on stations, not fewer."

The rail company claims that there are now many more options for the purchase of tickets including self-service ticket machines and online booking websites.

"Security remains a top priority for us and Elephant & Castle is accredited as a Secure Station – meaning the British Transport Police recognise the excellent levels of security," says a First Capital Connect spokesman.

Though First Capital Connect will be hoping that the Department for Transport rubber-stamps their proposal, last month rail minister Lord Adonis partially rejected similar plans by South West Trains to cut staffing at ticket offices on its network.

Passengers have until Tuesday 3 February to submit comments on the proposals to London TravelWatch.