Home secretary Jacqui Smith paid an early-morning visit to Asda on the Old Kent Road on Thursday morning to launch a new scheme to prevent the sale of knives to under-18s. 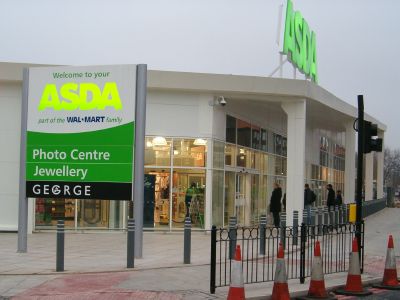 The Home Office has been working with 21 retailers and the British Retail Consortium to encourage them to limit the availability of knives to under-18s.

In a new campaign that will be running in supermarkets and other retailers, new signs will be displayed in aisles where knives are sold and at point of sale to explain that proof of age will be required if the buyer appears to be under 18.

The materials display the message 'We are working in partnership with the Home Office to prevent the sale of knives to under 18s'.

"I am very pleased that so many leading high street retailers are joining forces to say no to knife crime," says Jacqui Smith. "This reinforces our message to anyone who is tempted to break the law."

The home secretary was accompanied on her visit to the Old Kent Road store by the Met's deputy assistant commissioner Alf Hitchcock and Asda's head of security Sean Bowen.

Since March 2008 the Government has provided 350 search wands and 100 search arches to police forces across England and Wales, supplemented by an additional 700 arches and wands to the ten TKAP forces. In these areas there were over 150,000 stop and searches, resulting in the recovery over 3,400 knives between June and December 2008.