Neighbours and friends of Gloria Burgos gathered in Tanner Street Park on Wednesday for the dedication of a maple tree her in memory. 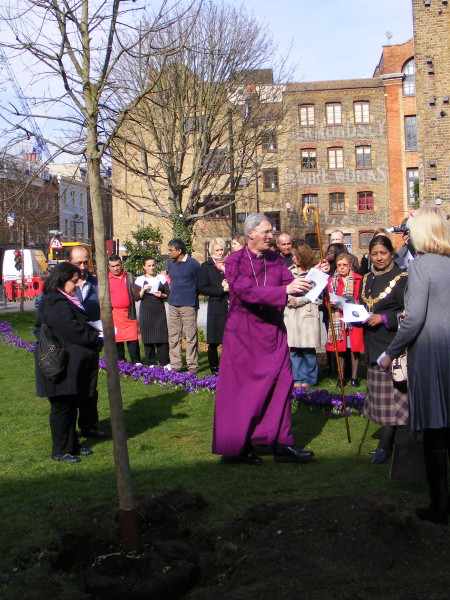 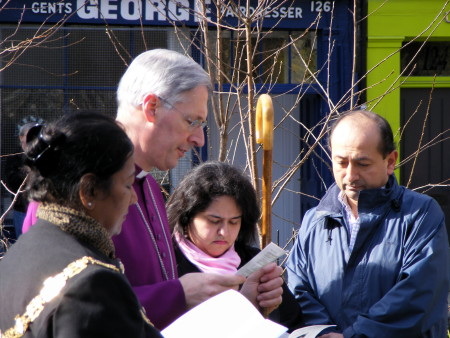 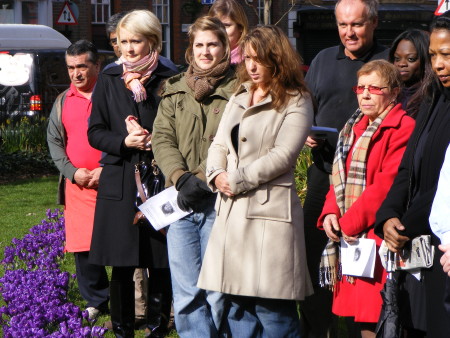 The site chosen is at the Bermondsey Street end of Tanner Street Park and within sight of Gloria's former cafe, Goode Foods, where she was murdered last September.

Sara Pearson, of The SPA Way public relations company which organised the memorial, described Gloria as an extremely good person tragically taken from everyone.

The Bishop of Woolwich Christopher Chessun, who presided at the dedication, welcomed those present as "a wonderful cross-section of a very vibrant and living community".

"Gloria was a great figure and character in this community," added the Bishop.

Revd Charlie Moore, rector of St Mary Magdalen church, read a passage from the Iona Community's Creation Liturgy about death based on Ephesians 4: 7-16.

Gloria Burgos, who lived in SE1, was Colombian-born and moved to the UK in 1964. At the time of her death in her sandwich bar she was a grandmother. Her cafe was a focal point for many working in Bermondsey Street. Taxi drivers made a detour to enjoy good food at reasonable prices. The service sheet quoted her favourite motto 'The best ingredient is love'.

At the dedication were Gloria's brother Rodrigo and her daughter Elizabeth. Also present was the Mayor of Southwark Eliza Mann.

Among those who helped with the ceremonial planting were Ian Babb from AW Autos garage next to Goode Foods, who went to the same schools as Gloria's children, and Ahmet Kucuk of Al's Cafe opposite the park.

A maple tree was been chosen as it will be at its best in Sepember on the anniversary of Gloria's death.

• Slawomir Zakrzewski, aged 22, has been charged with the murder of Gloria Burgos and will stand trial at the Old Bailey in July.