Slawomir Zakrzewski, who was convicted of the manslaughter of Goode Foods cafe owner Gloria Burgos in July, has been given an indeterminate prison sentence for public protection with a minimum of five years 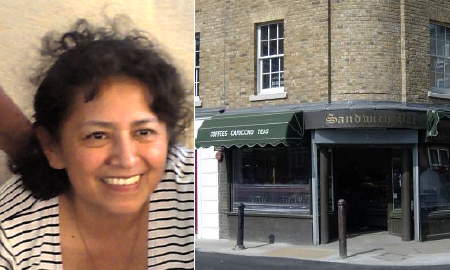 The body of 54 year old Colombian-born Gloria Burgos was found in her Goode Foods sandwich shop in Bermondsey Street last September. She had suffered 40 wounds.

Zakrzewski, who had been working at the cafe for a year until being sacked, returned to obtain a reference.

In his defence, Zakrzewski said he pushed her during a row resulting in her falling. He kicked her knowing she was injured but told the court that he did not know she would die from her injuries.

Earlier this year a maple tree was planted in memory of Gloria Burgos in Tanner Street Park.

Zakrzewski, aged 23, of Norwood, was cleared of murder but found guilty of manslaughter.