Cheers for Jade Goody as funeral cortege passes through Bermondsey

Hundreds of people braved the Saturday morning drizzle to pay their last respects to reality TV personality Jade Goody as her funeral cortege passed through Bermondsey. 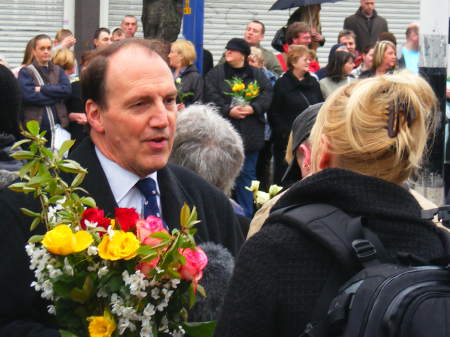 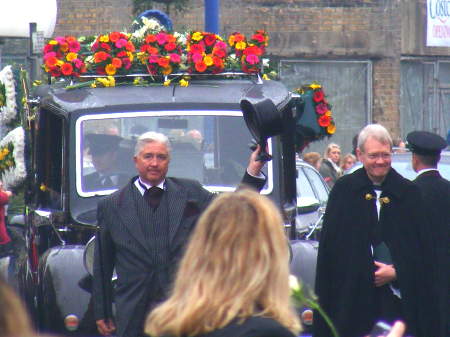 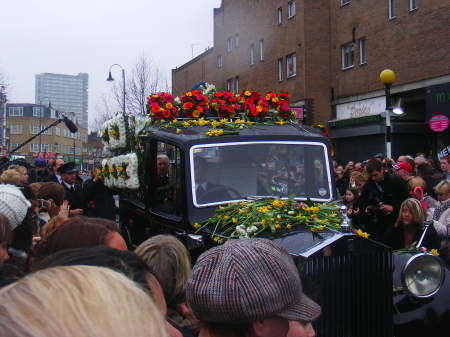 Well-wishers covered the bonnet of the hearse with flowers 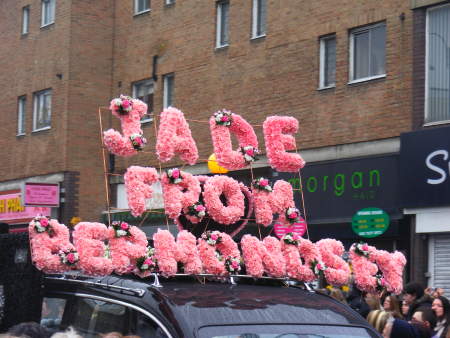 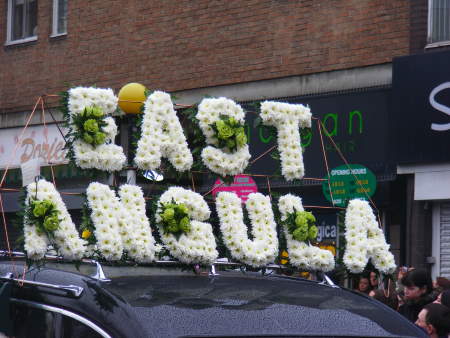 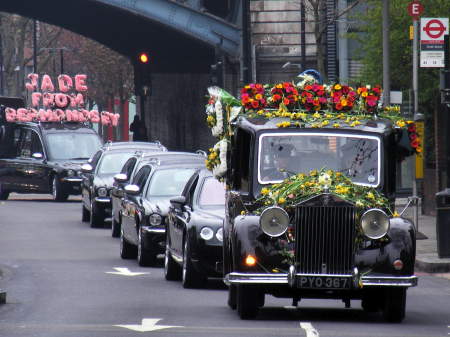 The cortege left FA Albin funeral directors at about 8.30am for the long journey to St John's church in Buckhurst Hill.

The cars were led through The Blue Market at walking pace by funeral director Barry Albin-Dyer and Revd Stewart Hartley, vicar of St James's and St Anne's churches in Bermondsey.

Hundreds of people threw flowers at the hearse as it passed the marketplace.

Mr Albin-Dyer released a white dove and Revd Stewart Hartley said a prayer before calling for 'three cheers for Jade'.

The procession then headed north via St James' Road to the Dickens Estate where Jade grew up.

The route from Dockhead took in Tanner Street and Druid Street before crosssing the river at Tower Bridge. At the southern end of Tower Bridge a small crowd assembled, including Southwark Labour group leader Cllr Peter John.

"I think she touched everyone's hearts," said one bystander in Tower Bridge Road.

The Sky News 'Skycopter' was a constant presence in the skies above Bermondsey.

"We join with thousands of people today in paying our respects and sending our sympathy to Jade's family and close friends," said Simon Hughes MP.

"Jade was a Bermondsey girl and the local response shows the strong sense of community that still exists in our part of London.

"Today is not the day, but after the funeral, I will be happy to talk to the family about the best sort of memorial for Jade.

"My thoughts are something which reflects the tremendous amount of good Jade did in raising awareness among young women about cervical cancer would be appropriate.

"One idea could be the creation of a fund to support young people from London and Essex who want to train in raising awareness of healthy lifestyles."

This week at Bermondsey Community Council there was no popular support for a statue of Ms Goody, although the suggestion of a blue plaque found widespread backing.