A snap poll of Bankside businesses suggests that most think yesterday's Budget was neutral. 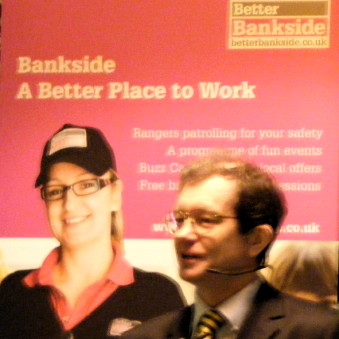 Better Bankside chief executive Peter Williams asked for a show of hands at the end of the Better Bankside Budget Breakfast for the question "Do you feel more confident after the Budget?" Not a single hand was raised but only two people indicated that they were feeling less confident.

Members of Better Bankside had just heard a Budget commentary from Financial Times business editor Brian Groom who said the Chancellor's speech was more about the predicament we are in. He did not think that Alistair Darling had much room for manoeuvre.

Equally Brian Groom thought that any Conservative government would face similar constraints. The Opposition had not revealed any plans and he thought David Cameron may be wise not to make any early promises.

The speaker suggested that although the banks had been rescued after the worst cisis of our lifetime we still had a fragile banking system. On the property front he thought that the bottom of the market had not been reached and whilst we might not see a 50 per cent drop in prices there could be a 35 per cent fall before any upturn.

However, he said that it did now seem that Britian was not going to be the worst hit country in Europe by the world crisis.

The event was held at Cantina Vinopolis and Better Bankside is making the breakfast speech available on a podcast.