Remploy, the state-owned firm that finds jobs for people with disabilities, has opened a branch near Southwark tube station. 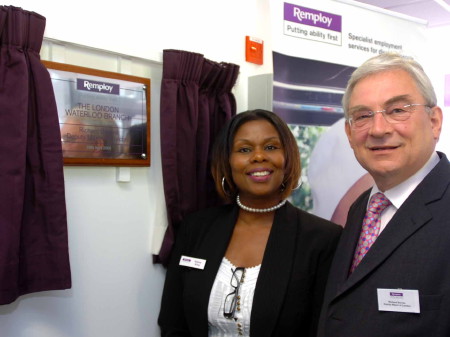 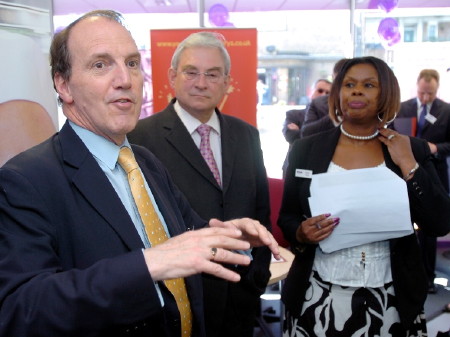 The new office, on the ground floor of the Travelodge London Southwark at the corner of Union Street and Gambia Street, is confusingly described as the Waterloo branch.

It is the second office to be opened by Remploy in the capital as part of the transformation of the firm which was set up in 1945.

Remploy, which hit the headlines in 2007 when it closed many of its factories, now aims to find 20,000 jobs each year for people with disabilities and health conditions by 2012.

The Deputy Mayor of London Richard Barnes performed the official opening ceremony on Wednesday 29 April in the presence of other dignitaries including Simon Hughes MP.

"With the current economic climate there has never been a better time to help more people get back into work," said Richard Barnes.

"Remploy's expertise will be a fantastic boost for job seekers with disabilities and health conditions and I fully support the opening of the new Waterloo branch."

During the event an official partnership agreement was signed which named Remploy as a preferred recruitment partner to Sainsbury's 'You Can' initiative.

To date Sainsbury's has employed a total of 180 new staff across the UK by working with Remploy.

The opening was also attended by representatives from Jobcentre Plus, jobseekers the branch is currently supporting and a host of local employers.

Services on offer at Remploy's Waterloo branch include employability skills and vocational training, assistance with job-searching, help with letter writing, completing application forms and arranging job tasters and interviews. Local employers benefit from faster access to a pool of motivated, job-ready candidates, along with expert help and advice on disability issues.

In the four months since first opening its doors the branch has been working closely with employers including Sainsbury's, the National Maritime Museum, Veolia Environmental Services and the Cube Club, to place people with disabilities and health conditions into sustainable jobs.

"There is huge potential for us to make a real difference in Waterloo, which is why we have created this high profile facility," said branch manager Elaine King.

Employers and candidates can contact Remploy's Waterloo branch by calling 0300 456 8047.