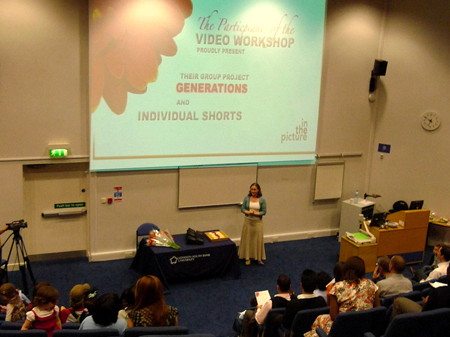 Southwark women, including many mothers of young children and carers, who have met weekly for community video workshops during the year presented the films which explored generation and cultural change.

Many of the women were born overseas and the twenty minute 'Generations' film sought to highlight the differences second-generation children may encounter growing up in the UK or moving to London.

The main film was followed by a variety of shorts made by participants including several who had never even used a computer.

Workshops have been held at Kintore Way Children's Centre in Grange Road and the 1st Place centre in Burgess Park.

"It's a great honour to be part of this programme," said In The Picture director Sheena Macrae who thanked Southwark Council for its support.

In The Picture has been providing video and sound workshops for eight years to groups in Southwark.

The premiere screening was held at the Keyworth Centre in Keyworth Street.