This weekend celebrations are being held to mark the 800th anniversary of the completion of the first stone-built London Bridge. But why did the inhabited bridge fall out of favour? 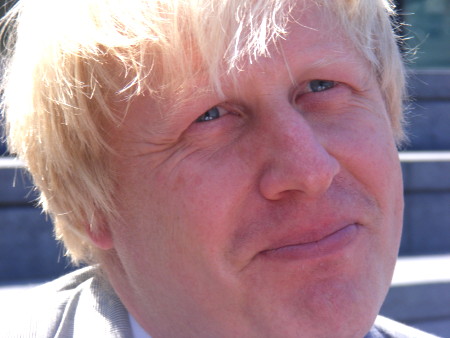 A new study at the University of Leicester has uncovered a tale of corruption, mismanagement, financial crisis and a property crash that resulted in the downfall of the Old London Bridge – the capital's original 'living bridge'.

The research, which is due to be published in the London Journal, provides a stark warning from history as ideas are discussed for a new inhabited bridge across the Thames with luxury flats, shops and restaurants.

Earlier this year Mayor of London Boris Johnson suggested that a new 'living' bridge should be built in the capital. Plans from the early 1990s for a new bridge between the South Bank and Victoria Embankment have been dusted off by City Hall officials.

In response to a question from London Assembly member Val Shawcross, Boris Johnson last month said: "The Greater London Authority has not committed any resources at this stage. The London Development Agency has spent a small amount on literature relating to the concept of living bridges and a small amount of staff time reviewing past options."

Last month the Royal Institute of British Architects launched a light-hearted design competition for ideas showing how the 1970s London Bridge could be converted for residential use.

The competition attracted more than 70 entries with the top prize going to to Chetwoods' glass towers soaring above the bridge. Their design includes organic food being grown in the towers and sold at a market at footpath level.

Last month Chetwoods released an image showing how Westminster Bridge could be adorned with housing pods to provide accommodation for members of parliament.

Doctoral research conducted by Mark Latham at the University of Leicester's Centre for Urban History discovered the houses built on the Old London Bridge to attract the gentry didn't have the expected pulling power. This combined with an economic slump and other factors to ensure that the grand vision of an inhabited bridge across the Thames was not sustainable.

"It was previously assumed by historians that the removal of the structures from the bridge was part of a more general movement within the Corporation of London to "improve" the City via a series of infrastructure projects. However it is clear from my research that a far more complex and intriguing set of factors were at play."

In 1756 the houses and shops were removed from Old London Bridge. Mark Latham's study has examined why.

He said: "I am fascinated by the question of why the houses were removed from the bridge as in medieval times they were viewed as one of London's great attractions, and the rental income from the houses on the bridge, alongside others within the City of London, financed the maintenance of the structure.

"What I discovered was that the organisation that managed the bridge at that time was plagued with incompetent management and corruption. Both workmen and their managers charged inflated prices for materials and labour, the management left rents uncollected, and on several occasions the workmen were found to have deliberately and almost fatally damaged the bridge in order to charge for its repair.

"Furthermore, managers often paid for improvements to their own houses out of the coffers of the trust running the bridge."

Problems were compounded by a "]highly risky, costly and poorly timed project" undertaken in the teeth of a credit crisis to construct a series of gentrified houses on the bridge in the belief that such houses would prove attractive to middle class Londoners and increase the organisation's rental income. However, the authorities had grossly miscalculated the demand for such properties and the houses attracted only a handful of tenants.

A London wide property crash ensued and soon the trust running the bridge was haemorrhaging income, the maintenance budget for the bridge itself was being squeezed and so the vacant houses on the bridge began to rapidly fall into a state of dangerous disrepair. London Bridge was indeed close to being "fallen down", said Mr Latham.

"At this point reality dawned on the members of the trust, and they faced up to the fact that it was no longer financially viable to maintain structures on the bridge, and by the early 1755 they had begun to petition Parliament in a desperate plea for the money to fund their demolition."

One further interesting insight from the study is that the removal of the houses and businesses from the bridge marks a break from London's medieval past.

Mr Latham added: "The renovation of the bridge in the mid eighteenth century was such an important event in the history of London as in many ways the demolition of these characterful medieval houses and the subsequent transformation of the bridge into the type of bland utilitarian functional structure – very similar to the London Bridge we see today – represents a rupture with London's medieval past and can be taken as symbolic of London's emergent modernity."

• Find out about this weekend's London Bridge Anniversary Fair.