The Big Lunch in SE1 suffered from overcast weather which persuaded most people to stay at home for their lunch on Sunday. 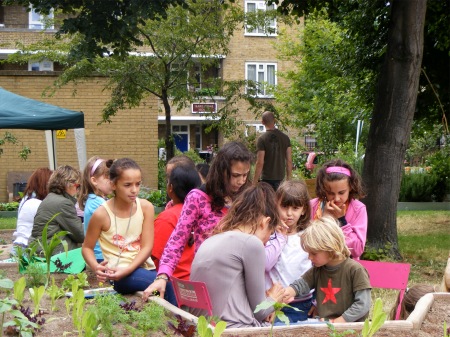 The Big Lunch at the Brookwood Triangle 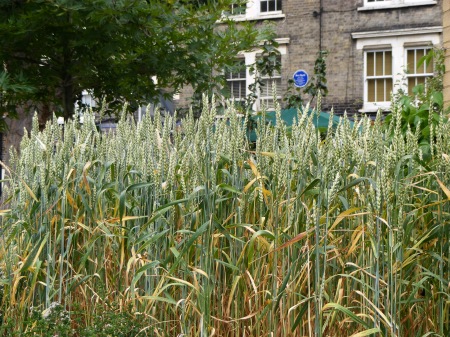 Wheat at the Brookwood Triangle 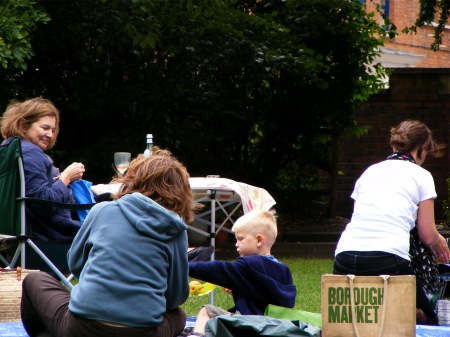 A picnic lunch in All Hallows Garden 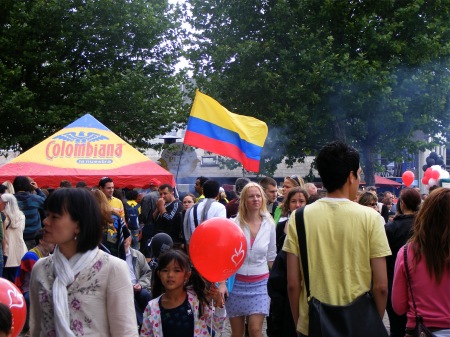 The nationwide project was aimed at getting neighbours together in the tradition of Jubilee street parties.

"Whilst there are a significant minority of communities that are closely-knit and act as a beacon for neighbourliness, many of Britain's communities are, at best, anonymous" claimed the national organisers.

Bankside Open Spaces Trust staged a Big Lunch at the Brookwood Triangle opposite The Bell in Webber Street where a vegetable garden and wheatfield were on show.

At All Hallows Garden in Copperfield Street a small group of residents put up a notice announcing that "the show will go on" despite any rain.

Meanwhile the most successful event was the Colombianamente being held in Bernie Spain Gardens where Colombians formed a long queue for their traditional Sunday lunch.

Businesses and organisations backing The Big Lunch included the SE1-based Campaign for Rural England and Divine Chocolate. Living Streets which has an active local branch was also backed the initiative.