Southwark Council's culture supremo set out his vision for an arts-led regeneration of Elephant & Castle at a conference last week, but the council has admitted that a deal to provide Southwark Playhouse with a new theatre has fallen through. 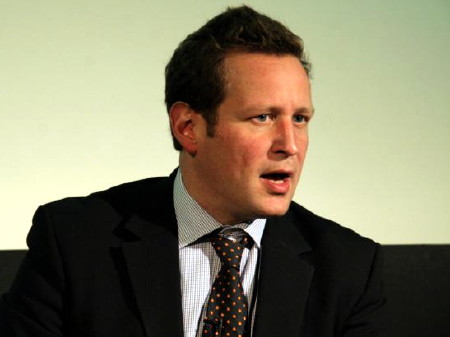 "Our borough is embarking on a Ł1.5 billion pound regeneration of the Elephant & Castle," Conservative councillor Lewis Robinson, the borough's executive member for culture, leisure and sport told Southwark on Culture: The Big Debate at Tate Modern last week.

The conference was held less than a week before the council is expected to agree heads of terms with developer Lend Lease Europe for the transformation of Elephant & Castle.

"It's my ambition that the success we have achieved in regenerating the south bank through the arts can spread on the same scale to the Elephant, which already boasts 260 individual artists and organisations," said Cllr Robinson.

"The seeds of a new cultural quarter are growing out of regeneration with the Ministry of Sound, the Imperial War Museum and individual artists like Roger Hiorns already creating exciting work such as the Turner shortlisted Seizure, known to many as the crystal house.

"'Localism' means recognising the particular strengths of your borough, and the economic benefits they can bring to your residents, and the arts here are not a luxury, they are a vital part of the local economy. Putting the arts at the centre of regeneration in the Elephant could truly make Southwark the cultural heart of London."

Southwark on Culture: The Big Debate was organised by the council and the centre-right Policy Exchange think-tank.

In his opening remarks the Tate director Sir Nicholas Serota praised Southwark for its support of Tate Modern since the inception of the project in 1994 and spoke about how the Bankside Urban Forest could connect the gallery with Elephant & Castle which he said "should be the thriving heart of this borough".

Sir Nicholas concluded by explaining Southwark's significance to London's overall success: "Unless it thrives, the city itself will not prosper."

Shadow culture secretary Ed Vaizey told the conference that he was "fed up of people going on about arts as a tool of economic regeneration" but wanted arts to be valued for their own sake.

Mr Vaizey indicated that an incoming Conservative government would continue to support projects such as the Tate Modern extension and the BFI national film centre: "It's very important to maintain ambition and momentum in the arts," he said.

He also gave a "guaranteed commitment to free admission" at national museums, quashing a suggestion made recently by Boris Johnson that a voluntary admission fee could be levied to encourage people to value museums more.

In the afternoon the Mayor's culture advisor Munira Mirza chaired a lively panel discussion about the arts and regeneration.

Labour councillor Alison McGovern drew a contrast between the concepts of regeneration and gentrification, and emphasised the role that cultural activity can have in changing the reputation of an area, citing the example of how perceptions of her home city of Liverpool had been transformed by its year as European capital of culture.

Jon Abbott, project director of the Elephant & Castle regeneration, warned of the 'Shoreditch effect' pricing artists and cultural groups out of the area as the regeneration gets under way.

He suggested that the railway viaduct which snakes its way through the Elephant could be used to create new affordable spaces for arts and culture.

Culture, he said, is "the glue that could bond old and new together" at the Elephant & Castle as a new town centre is created.

Responding to a question from a representative of the Shunt theatre collective in the audience, Mr Abbott said that Southwark had looked at incorporating cultural space into market-led developments.

"We did do that with Southwark Playhouse," he said. "We had a new theatre in a scheme on the London Park Hotel site in partnership with First Base.

"I say 'did' because unfortunately due to the financial situation that scheme is no longer going ahead."

Other participants in the conference included Diane Lees of the Imperial War Museum, Robert Ferguson of the London College of Communication, David Lan of the Young Vic and Edward Birch of Southwark Arts Forum.

How do you see culture playing a role in the future of Elephant & Castle?