C10 is second most complained about bus route in London

The C10 bus route is the second most complained about service in London, according to figures released by the Mayor of London. 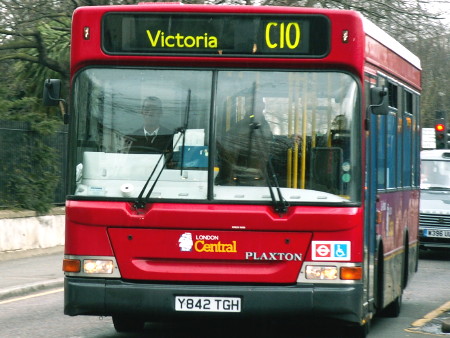 A C10 bus in Abbey Street

The Mayor's answer shows that the C10 bus route – which links Canada Water with Victoria via Elephant & Castle – attracted 98 complaints to Transport for London in the first eight months of this financial year.

Another table shows that the C10 is the tenth least reliable bus route in London.

"TfL is aware of concerns about capacity and reliability on route C10 in the Rotherhithe area and this is being reviewed now," said Boris Johnson in response to another question from the Green Party's Darren Johnson. "All the relevant factors are being considered, including parallel routes."

The eastern end of the C10 route was extended from Elephant & Castle to Canada Water via Long Lane and Abbey Street three years ago after lobbying by local politicians including Simon Hughes MP, but passengers have frequently complained of long gaps between buses and overcrowding on the small single-deck vehicles.

Bus route 188 – which runs from North Greenwich to Russell Square via Elephant & Castle and Waterloo – takes fourth place in the league table with 55 complaints.

The 341 route – which terminates at Waterloo – had been the subject of 48 complaints and earnt seventh place in the table.

Route 381 – which runs from Waterloo to Peckham – is currently the sixth least reliable route in London.