More than 14,000 free tickets for a full-scale professional production of Macbeth will be offered to secondary school pupils in London by Shakespeare's Globe and Deutsche Bank. 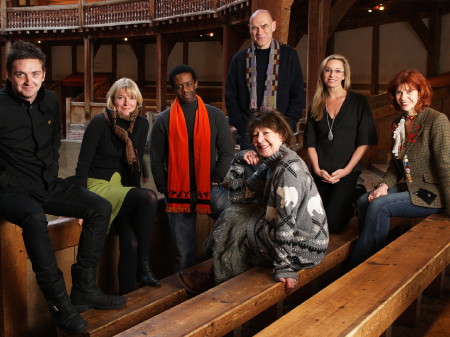 As part of the groundbreaking scheme, more than 14,000 free tickets for a full-scale, professional production of Macbeth over two weeks in March will be made available to secondary students across the city.

All 14-year olds study Shakespeare at school, but for many coming to Shakespeare's Globe in March will be their first experience of live theatre

"When I was at school, going to see Shakespeare seemed like a world away," says Tamzin Outhwaite who is currently starring in Sweet Charity at the Menier Chocolate Factory.

"I think it's a fantastic opportunity for schools and I'm looking forward to standing in this space and seeing it come alive myself."

The newly-expanded project is part of Globe Education's commitment to providing creative approaches to the teaching and learning of Shakespeare, and is tailored to Key Stage 3 (14-year old) students and their teachers.

"The Globe is the most exciting playground in which to meet Shakespeare," says Globe Education director Patrick Spottiswoode.

"I am indebted to Deutsche Bank for supporting Globe Education's production of Macbeth and for providing 14,000 free tickets to students from London schools. Many will be attending their first live theatre performance, let alone their first Shakespeare play."

• Two of the performances will also be open to the public, with around 2,500 tickets available on a first-come, first-served basis from 22 February. These public performances include the Globe's first ever captioned performance for audience members who are deaf or hard of hearing.