Simon Hughes: Government was ‘foolish’ to block my housing bill

A private member's bill tabled by North Southwark and Bermondsey MP Simon Hughes that would give councils more flexibility about how section 106 payments from developers can be spent has received its second reading in the House of Commons. 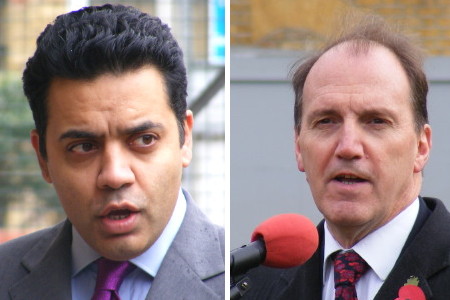 The Town and Country Planning Act 1990 (Amendment) bill would enable councils to spend cash provided by developers to mitigate the effects of their new buildings on social housing, as well as infrastructure improvements such as new pavements and traffic alterations.

"What often happens is that the local authority, when consulted by the developer, would prefer the money to be used for improving housing adjacent to the development or for building more housing, rather than for what is strictly infrastructure," Simon Hughes told the House of Commons on Friday afternoon.

"I shall give the very best example I can. There is a huge development, which has had local support, called the Shard of Glass at London Bridge. It will be the tallest building in London. It has obtained planning permission and there was no significant objection, but it is cheek by jowl with housing estates, mainly local authority ones. When the development was applied for and agreed to, local people asked, 'What's in this for us?' Obviously, it will change their skyline when there is a huge building outside their windows.

"The council in that case has been able to negotiate to get some section 106 money, but what it most needed it for was not what could strictly be called the infrastructure to do with that development. It would rather have used the money for something else. My bill seeks to give the option – only to give the option, not to be prescriptive – to the local authority to say, 'We are satisfied that the infrastructure consequences of the development can be met. We do not need to adjust the pavements, re-route the roads or put in more drains. What we need locally is, for example, to insulate the windows of the estate next door so that the noise from the construction work and later, when the building is in use, will not adversely affect the homes on that estate.'"

He added: "Communities such as the Tyer's or the White's Grounds estates near London Bridge would say, 'We are very happy either to have our housing improved, or to see some local, affordable, suitable housing built as well as a very very tall office block.' Local communities will be very supportive of that."

Mr Hughes' proposal got short shrift from both the Government and opposition benches. Shadow communities minister Stewart Jackson told the Commons: "I fear that this is a piecemeal bill that tackles a symptom rather than the substantive issue."

He added: "Improving residential premises might be justified as a site-specific measure, but we believe that building new premises would not. The bill threatens to turn section 106 into even more of a development tax, on top of the community infrastructure levy."

"However, we believe that the means to secure those objectives are either already available to local authorities by the use of section 106 of the Town and Country Planning Act 1990 or can be secured by other means.

"Although we support the overall intentions behind the bill, which are laudable, we therefore do not support the bill itself."

"The government has been short sighted and foolish to block my bill today. I shall keep going with my attempts to get a better housing deal for all of our communities and for local authorities to have more money for house building and home improvements."