9,600 LEDs are to be installed in the Clink Street railway arch to provide an all-day stylised silent gold and silver fireworks display. 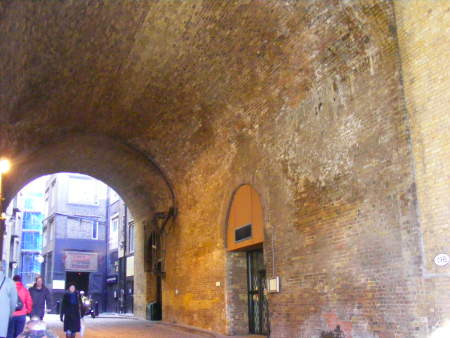 Following consultation with Clink Street residents the council has proposed that the 'fireworks' display will operate daily between 7.30am and 10.30pm with a twinkling night sky effect during the first and last half hours.

The display will be on a 48-hour schedule with variable intervals between the firework showers. Sometimes there will be a gap of up to 15 minutes between displays.

The LEDs will be mounted on mesh panels similar to those used in Great Suffolk Street and for the bridge 401 lighting in Union Street.

The new installation is part of the Light at the End of the Tunnel programme which has seen many of SE1's railway arches cleaned and new lighting schemes installed.

The Clink Street arch has a particularly high profile as it forms part of the Thames Path National Trail for walkers and route 4 of the National Cycle Network.