Amphibious sightseeing operator London Duck Tours has scooped the Lambeth Business of the Year 2010 award. The company picked up the award at Tuesday's ceremony attended by more than 300 people at the Brit Oval. 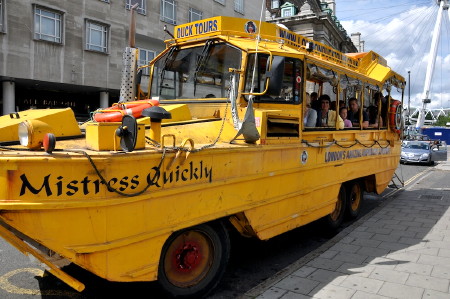 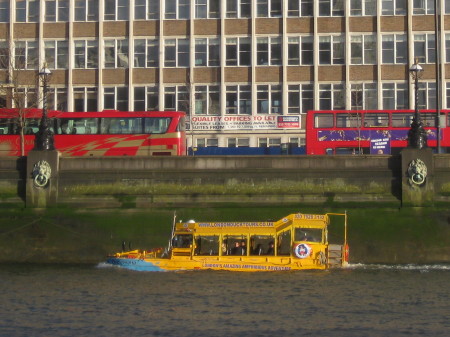 London Duck Tours on the water at Albert Embankment. Photo by Matt from London used under a Creative Commons Licence.

Managing director of London Duck Tours John Bigos said: "I think it's a magnificent award and we've worked hard over the last six to seven years. To get people to vote for us is just fantastic."

It plans to increase its existing fleet to seven vehicles and introduce a new World War II themed tour in the summer.

The amphibious vehicles are based on Hercules Road and the tours start on Chicheley Street near the London Eye.

Other winners to share the Ł10,000 prize fund included Best Woman in Business Caroline Bryant from the Futures Theatre Company which is based in the creative crypt at St John's Waterloo. Ms Bryant is also chair of the Southbank Mosaics social enterprise.

"We're really delighted to win and very pleased to be recognised for the work we do and the work businesses in the area are doing to try to cut waste," says marketing and communications manager Kate Vinall.

The judging panel said the standard of entrants was very high. Cllr John Kazantzis, Lambeth Council cabinet member for employment and enterprise, said: "I was hugely impressed by the quality of flourishing businesses across Lambeth in what has been a challenging economic climate over the past year."