In Lower Marsh Market last month only two stallholders had heard about the 2010 Lambeth Business Awards. 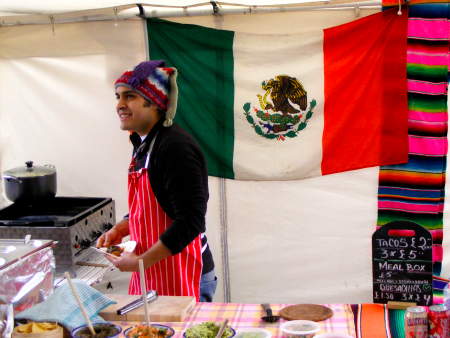 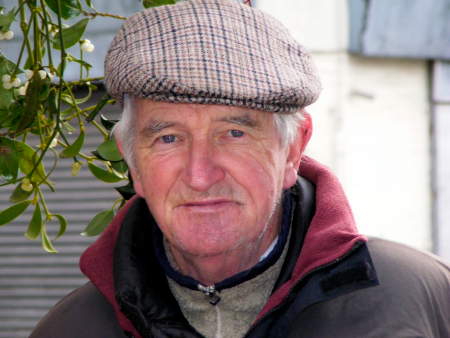 John has been trading in Lower Marsh for 60 years

Entry to the Market Trader of the Year category – which covers Lower Marsh and Brixton markets – is free and each category winner will receive up to Ł1,000 in prize money.

The organisers claim that "the judging panel has tried to make entering the Lambeth Business Awards as simple and as easy as possible".

However, there was little enthusiasm for the competition which even the oldest traders claimed not to have heard about. Indeed many considered that Lambeth Council, one of the awards sponsors, cared little for the future of Lower Marsh.

"I have not been informed of any competition," said Lawrence Warwick who has run his household goods stall for thirty years and once won a similar competition.

John, who has run his fruit stall for twice as long, also said he had not yet heard about a contest. Another stallholder said that he did know about it but did not like to ask his customers for votes.

The one person from Lower Marsh who has admitted entering is Arturo on the Buen Provecho stall which has been at the Waterloo Road end for about 18 months. Unfortunately he has lost his entry certificate which has the unique number for customers to use when voting for him by text message.

"It would be easy for us to visit the markets and choose what we think is the best market stall, but we'd rather know what the market's customers think.

"We want to know which traders have the best products and offer the best customer service. New votes are being cast every hour, and all votes must be sent by 5pm on 8 January 2010".

The management of Lower Marsh market is due to be outsourced this year in a bid to revive the ailing street market.

The winners of all twelve categories of the Lambeth Business Awards will be announced on 23 February.