Streetcar has won the contract to launch almost 100 on-street car club bays across Southwark, including more than 30 in SE1. 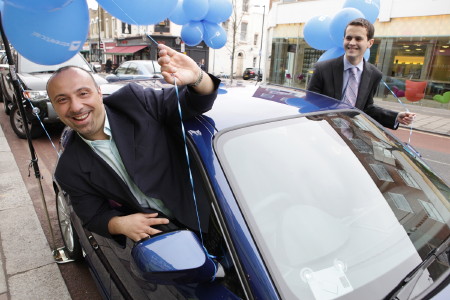 Car clubs allow members to book the use of a car for as little as 30 minutes at a time online or on the phone.

Drivers access the vehicle using a smart card, enter their PIN and drive away.

The new bays will be introduced over the next three months, with a view to expanding the service to bring every Southwark resident within a few minutes' walk of a car club vehicle.

The first new bays have been unveiled in East Dulwich alongside 10 new cars.

"Reducing the number of privately owned cars in the borough is a key objective for Southwark Council, and figures show that for every car club vehicle there is a reduction of around 25 private cars on the road," says Cllr Paul Kyriacou, executive member for environment and transport.

"Happily, going into partnership with Streetcar like this enables us to achieve more than this objective. In addition, it means that we take another step towards reaching our carbon reduction targets thanks to the environmentally friendly effects of car clubs."

Brett Akker, Streetcar's co-founder, said: "We're delighted by this news. The scale and speed with which we're able to implement these new bays marks a step change in our work with councils. It illustrates the value the concept brings to so many Londoners, both in terms of personal cost savings and, thanks to its green credentials, to society as a whole."

Although car clubs already exist in the borough, this will be the first time that a car club operator has struck a deal with the council to allow the vehicles to be parked using on-street parking spaces.

Zipcar, which has its UK offices on Borough High Street, is the other main car club operator in the UK. It already has 14 locations in SE1.