All change at the town hall: tributes to SE1 councillors standing down

As the local elections approach, tributes have been paid to councillors not seeking reelection. 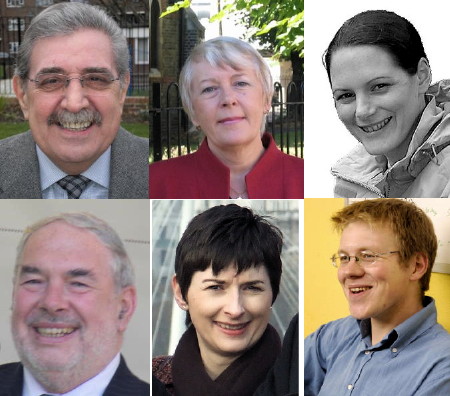 At the final pre-election meeting of Southwark's council assembly last week, party leaders paid tribute to members of their groups who are not standing in the elections on 6 May.

"I'd like to thank everyone who has served on the council during the past four years and would like to wish everyone well in the elections on May 6," said council leader Nick Stanton.

"None of us can be sure what is going to happen; we are entirely at the mercy of the people and that's exactly as it should be."

Cllr Stanton paid particular tribute to five members of the Liberal Democrat group who are standing down.

He said that Cllr Helen Jardine-Brown of South Bermondsey is "quite rightly stepping down to spend more time with her family" after four years on the council.

The leader also paid tribute to Cllr Bob Skelly of Grange ward who is retiring after 12 years on the council. He served as executive member for education when that portfolio was a "poisoned chalice".

Cllr Stanton said: "Bob's record as a teacher, his service as a governor in our schools, his intimate knowledge of education in Southwark won him instant respect and began that very important and fragile rebuilding of trust between schools and the council."

Chaucer ward's Cllr Lorraine Zuleta is also leaving the council. "I am indebted to her for the work that she did in helping us to get to grips with local government finance," said Cllr Stanton, referring to her time as executive member for resources.

Cllr Richard Thomas, who has served eight years as a Chaucer ward councillor and four years in East Dulwich, is also standing down.

"The Aylesbury Area Action Plan ... is something Richard spent hours and hours making sure we got right and the vision for Elephant and Castle which is so close now to becoming reality; there will be a very real political legacy from Richard's time as executive member for regeneration."

Cllr Pidgeon, who represents Newington ward, is leaving the council to concentrate on her role as a London Assembly member at City Hall and as Lib Dem parliamentary candidate in Vauxhall.

"They've each given over a quarter of a century's service to this council as elected members. Both will be sorely missed as friends and colleagues."