St George's Cathedral was packed on Thursday for the installation of the Most Revd Peter Smith as Roman Catholic Archbishop of Southwark. 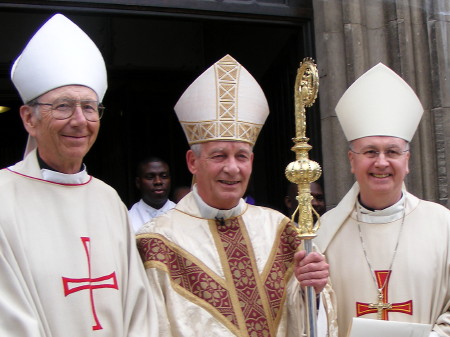 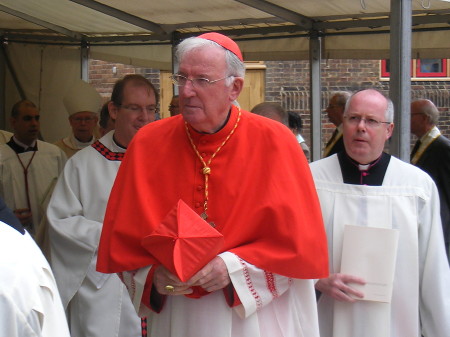 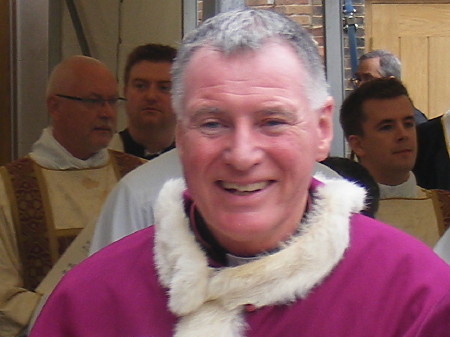 Archbishop Smith succeeds the Most Revd Kevin McDonald who stood down at the end of last year due to ill health.

"We are living at a moment in a our history when our society is marked by deep struggles about its identity, values and purpose," said Archbishop Peter Smith in his sermon. "It is a society in which religion and religious faith are increasingly under attack.

"The Church is not a threat to the legitimate independence and proper role of a secular society. The ambition of the Church is to see every person flourish and achieve his or her full potential irrespective of race religion colour or creed."

Archbishop Smith said that the light of Christ had been dimmed by the terrible wrong of priests who had abused innocent children.

"The humiliation and shame of this wicked and scandalous behaviour has touched every member of Christ's body the Church – the innocent as well as the guilty. As St Paul said to the Romans: 'If one part of the body is hurt all parts are hurt with it.'"

In holding up examples of the working out of Christ's mission, the Archbishop included Cafod, the Catholic Aid charity based in Westminster Bridge Road, along with Catholic schools and colleges.

Cardinal Cormac Murphy O'Connor, speaking at the end of the Installation Mass, praised Archbishop McDonald and added that his successor was coming to the diocese where he was born and brought up.

The new archbishop was born in Battersea and served as a parish priest in South London before becoming Bishop of East Anglia and, most recently, Archbishop of Cardiff.

As well as Roman Catholic bishops from around England and clergy from across the Archdiocese of Southwark, Thursday's Mass was also attended by civic dignitaries and representatives from other Christian denominations.

The Mayor of Southwark, Cllr Tayo Situ, Southwark Council's chief executive Annie Shepperd and past Mayor of Lambeth Cllr Christopher Wellbelove were among representatives of local authorities from across South London and Kent present for the service. Simon Hughes MP also joined the congregation.

The Church of England was represented by the Bishop of Woolwich, Rt Revd Christopher Chessun, and the Dean of Southwark, Very Revd Colin Slee.

Music at the service was led by Fr Alan McLean, parish priest of Holy Trinity Dockhead.

The appointment of the new Anglican Bishop of Southwark is expected in the autumn.