Revealed: the truth behind the Tooley Street sea monster

During August it is traditional for newspapers to fill their pages with stories about the Loch Ness Monster. Now Southwark has its very own sea monster on Tooley Street. 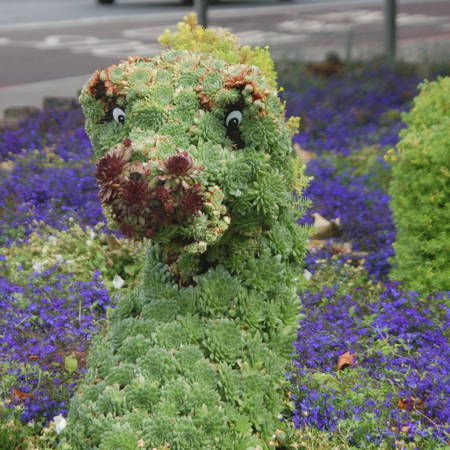 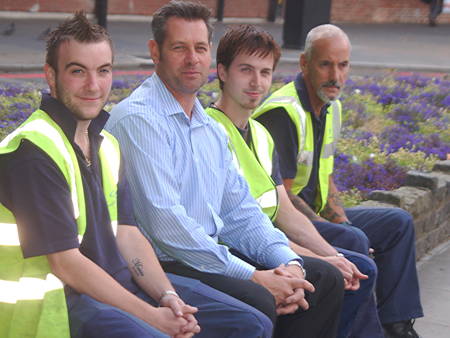 Passers-by on Tooley Street can't have failed to notice the creature that has taken up residence in the flower bed at the junction of Tooley Street and Fair Street since May.

The monster, made of flowers and a wire frame, is the brainchild of Mike Mann who supervises all of Southwark Council's landscaping work on verges and estates in the north of the borough.

He and his team had been charged with finding cost effective ways to brighten up streets and estates.

A trained landscape gardener, Mike went to a horticulture show and spied a collection of flower models using wire frames in the shape of an object or animal covered in brightly coloured flowers.

The models caught his eye and he then convinced his boss to let him bring one to Southwark.

"I wanted something connected with the Thames, and I've always wondered what's swimming around in the depths of those murky waters," says Mike.

"If someone's having a dull day and they walk past this and it brightens them up, then that's my job done."

Mike is keen to hear people's suggestions for future floral displays in the borough.

"We know we are going to have to make savings and some might argue it would be easier for us to forget about trying to brighten up our streets," he says.

"But for a relatively small amount of money, it's possible to make a big difference.

"This model has been a real talking point over the summer and cheered up many a passer-by.

"This is exactly the kind of innovative solution we're looking for from our staff."

The council says that the Ł900 wire frame will last for many years.

• Ideas for the next Nessie can be emailed to [email protected]