An emergency search and rescue exercise will be taking place on the Thames - just downstream of Tower Bridge - on Thursday 30 September. 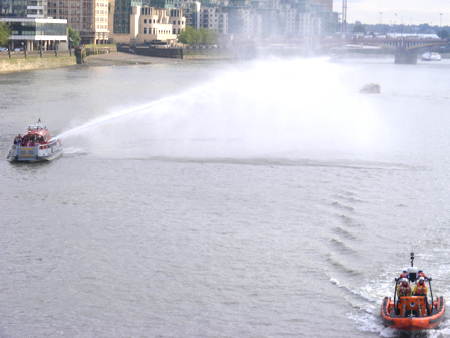 Residents who live along the river around Butler's Wharf are being warned that they may catch sight of the planned exercise involving the coastguard, police, fire and ambulance services and the RNLI.

Operation Orange Tree will involve a mock collision between a passenger boat and a commercial boat near Tower Bridge. It will run from 8.30pm to 10.30pm on Thursday.

There will be activity on and around the river during the evening exercise, which might include the arrival of a police helicopter and the use of a smoke machine.

Dummies to represent casualties from the accident, also known as 'dead Freds', will go into the river to be rescued. Due to the river's tidal flow these may be spotted as far downstream as Wapping and Limehouse Basin.

"This kind of search and rescue exercise is excellent practice for a real emergency scenario," says Adrian Bates from the Maritime & Coastguard Agency.

"It means we can test how all agencies respond and apply lessons learned in case anything like this happens for real.

"This is a vital exercise and whilst every effort will be made to keep disruption to a minimum, nearby residents might hear some activity on and around the river.

"We'll be ensuring that all exercise activity will be over by 11.30pm."