London South Bank University has launched an online catalogue of its archive, offering public access to dozens of images dating back to the foundation of the Borough Polytechnic Institute in 1892. 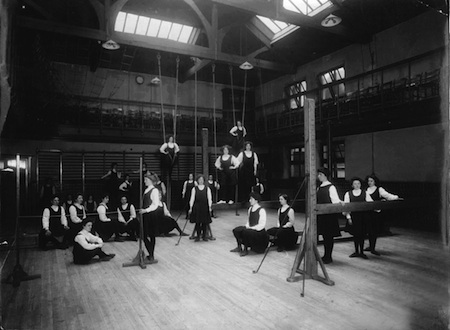 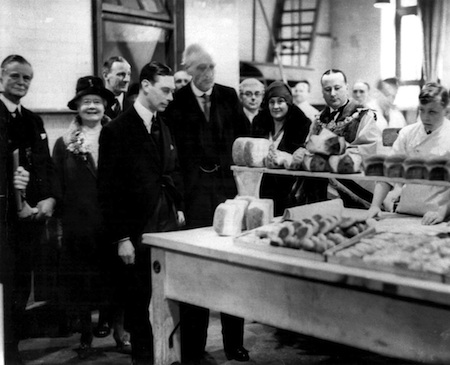 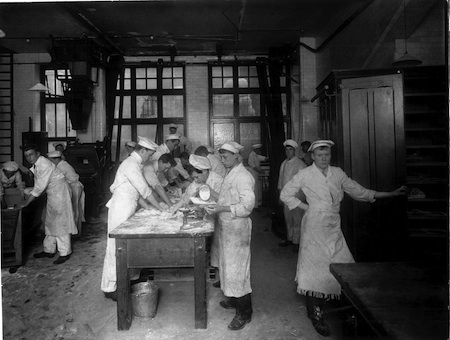 Until now LSBU's archive collection, which holds the key to the history of higher education in south east London, has remained locked away in a secure repository. The online catalogue makes this history accessible to the public for the first time.

The collection consists of photographs, student magazines, press cuttings, trophies, annual reports and building models, which trace the history of the University and the education and training needs of the community it serves.

The polytechnic pioneered specialist courses such as petrol motor mechanics in the 1900s, heating and ventilating engineering in the 1920s and nuclear power in the 1950s.

The collection also includes artifacts recording the UK's first engineering course for women in the 1920s and one of the UK's first nursing degrees in 1974, along with a photo of the Duke of York (who later became King) visiting a baking class in 1930.

In the late 1890s the popular baking class even attracted students from Canada, New Zealand and South Africa.

For example, the collection's pre-1917 photographs include images of Victorian students baking bread which reflect the era's focus on providing theoretical and practical instruction in trades which were common in the local area.

Another depicts students starching collars, mirroring the demand for well-trained domestic staff in London's middle-class homes at the time.

While another image captures female students vaulting in the gymnasium wearing long heavy skirts showing that despite the weighed down and restricting attire, well-being of the body and mind through exercise was highly valued at the time.

"It's really exciting to enable our students, staff and the general public to have access to some of the striking documents and photographs that we have in the archive," says archivist Elizabeth Harper.

"The preserved documentation shows how LSBU has always provided professional skills and qualifications which reflect the economic needs of its local area.

"The archives collection demonstrates the institution's credibility and relevance throughout its history, including significant past achievements and present developments.

"We encourage anyone who has an interest in history or an affiliation with LSBU to visit the online catalogue – you may even find a long lost photo of someone you know."

• Search the catalogue at www.lsbu.ac.uk/archivescatalogue

• LSBU is taking part in the Mayor of London's Story of London festival with a public exhibition at the Keyworth Centre and an opportunity to enjoy the view from the roof of the new K2 building.