Planning permission has been won by Chaze restaurant in Borough High Street after a four month deferral despite concerns about its operation. 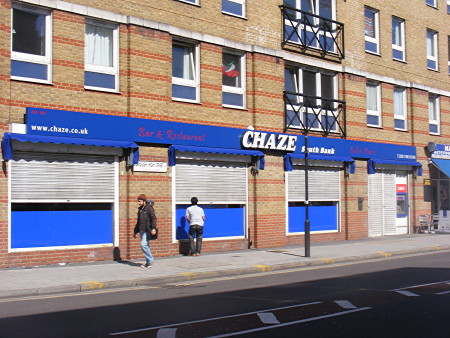 The restaurant with bar and takeaway is in the former Costcutter space on the ground floor of David Bomberg House opposite Southwark Police Station. The application, before Borough & Bankside Community Council meeting at the Ability Media Centre in Southwark Bridge Road, was opposed by the building's owner London South Bank University.

The upper floors are occupied by students including nurses working unsocial hours. Among other objections was one from neighbours opposite who feared noise from those using mini cabs at night.

A decision on the planning application for new front doors and a kitchen extract duct in connection with the change of use from retail was delayed from October last year to allow for a site visit by councillors.

Permission for restaurant use granted in 2006 was deemed to relate only to the adjoining Mam Cafe.

Cathedrals ward councillor Adele Morris, appearing as an objector, said that LSBU was disappointed at the recommendation before members to approve the plans.

"The bar dominates," observed Cllr Morris questioning whether the business was a resaurant or bar. "They have plate glass windows. The appearance from outside is that of a bar. Perception is everything."

She added that the main work had already been carried out mainly at night and without permission. The signage outside did not have planning consent.

Commenting on her visit, Cllr Morris said that members saw bar stools, a sofa seating area and the kitchen tucked away.

It was agreed that the reported possibility that the landlord might not agree to the installation of the extract duct was not a planning consideration.

The applicants declined to address members and answer questions.

Cllr Tim McNally said there had been valid concerns but these were now addresed by additional conditions.

"The applicant will I am sure be careful not to breach any conditions knowing that enforcement action will follow swiftly."

The revised hours of operation agreed for a restaurant are 7am to 11pm with an extension to midnight on Friday and Saturday. A licensing application had implied that it would be a bar and night club open to 3am.

In December 2009 Southwark Council granted an alcohol licence for the premises despite a 112-signature petition from students living in the building.