PricewaterhouseCoopers' More London HQ to be powered by chip fat

Recycled cooking oil from bars, restaurants and businesses across London will be used to generate low carbon energy for PricewaterhouseCoopers' new headquarters at More London near London Bridge. 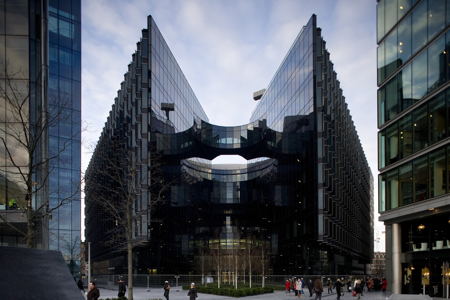 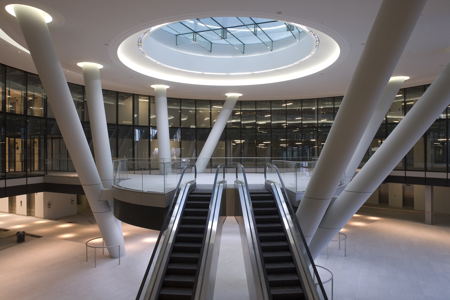 It is four years since PwC announced that it was relocating to 7 More London and marks a return to Southwark for the firm that used to occupy the Southwark Towers complex which was demolished to make way for the Shard.

More than 6000 PwC employees will move to 7 More London over the coming months and the firm is keen to show off the low carbon credentials of the Foster + Partners-designed riverside office block.

Two 6,000 litre tankers a week will be filled with used cooking oil collected by Arrow Oil from offices and restaurants from city centre locations.

The oil will be transported to a Southwark refinery, Uptown Biodiesel, and then on to PwC for use in the firm's state of the art tri-generation facility at Tooley Street.

"When you think of green technologies you don't think of used oil from a kitchen but the reality is these technologies offered us a real low carbon alternative to traditional fuel," says Jon Barnes, PwC's head of building and facilities services.

"It was an ambitious plan, when you realise a small restaurant might use 10 to 20 litres a week, and you see the scale of the deal we're talking about, for just one site."

"Securing the supply within the M25 was essential, as otherwise the carbon footprint for moving the oil increases and would have defeated the purpose of investing in the low carbon technology."

Over 45,000 litres of cooking oil will be sourced per month, equivalent to the oil needed to fill 9,000 average domestic deep fat fryers.

The tri-generation facility will use 100 per cent biofuel and is the largest installation of its type in a commercial office building in the UK.

The oil will be used to fire two large generators creating a quarter of the electricity needed for the building, as well as 20 per cent of its heating and cooling. Overall, 25 per cent of the energy needed in the building will be generated on site.

PwC worked with its catering supplier partner ARAMARK to secure supplies from other offices around the City, and oil collection company, Arrow Oil, to source supplies from a network of restaurants, hotels and bars within the M25. This oil is then delivered to Uptown Biodiesel in Southwark where it is refined for use in the generators.

More than half of the building's energy demand is met from low and zero carbon technologies. Solar panels will be used to heat water. A chiller heat recovery system recycles waste heat from the chiller units and the lighting has daylight saving control.

The 7 More London building includes space for a supermarket with its entrance on Tooley Street but the identity of the future operator is still unknown.

PwC is also working with Beyond Food to open a cooking school and restaurant on the ground floor of the former fire station on Tooley Street.