If you were confused by an unexpected peal of church bells coming from the river on Sunday afternoon, we can help to explain. 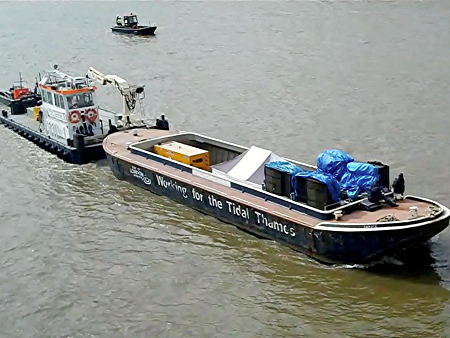 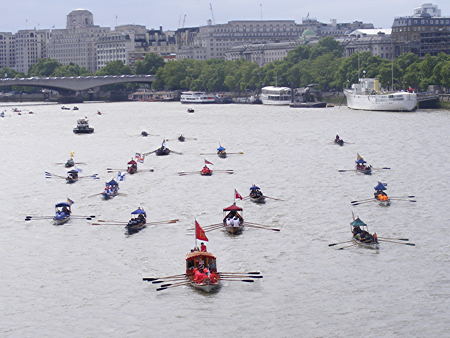 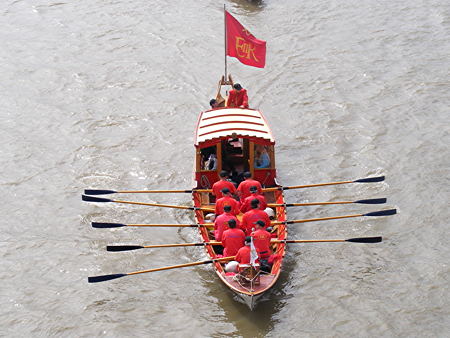 Speakers mounted on a Port of London Authority barge blasted out the sound of church bells as part of a rehearsal for the Queen's Diamond Jubilee River Pageant.

Plans for the flotilla of up to 100 boats on Sunday 3 June 2012 were first announced last month.

The 2012 pageant will be made up of five sections each separated by a 'herald barge' the first of which will be a floating belfry of eight new bells cast by the Whitechapel Bell foundry and commissioned by the church of St James Garlickhythe. Their peals will be answered and echoed by chimes from riverbank churches along the route.

On Sunday a mini-rehearsal was held as part of this year's Tudor Pull which preceded by a barge playing the recorded sound of church bells.

The Tudor Pull is an annual event held on the Thames between Hampton Court and the Tower of London featuring traditional cutters.