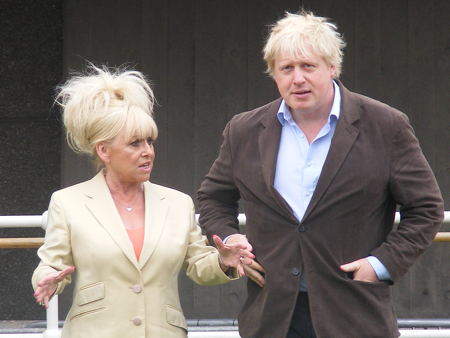 Babs and Boris arrive at the Southbank Centre 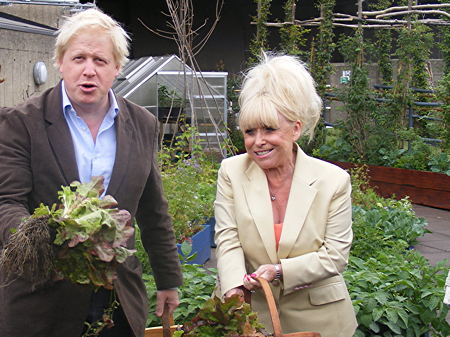 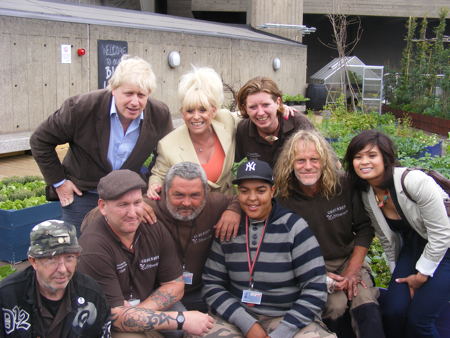 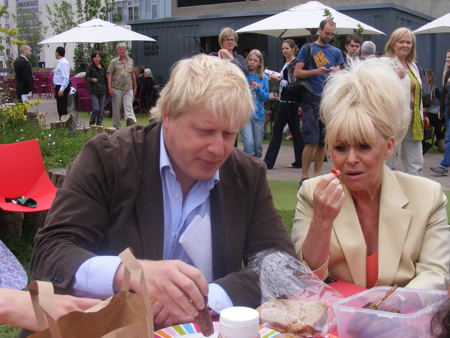 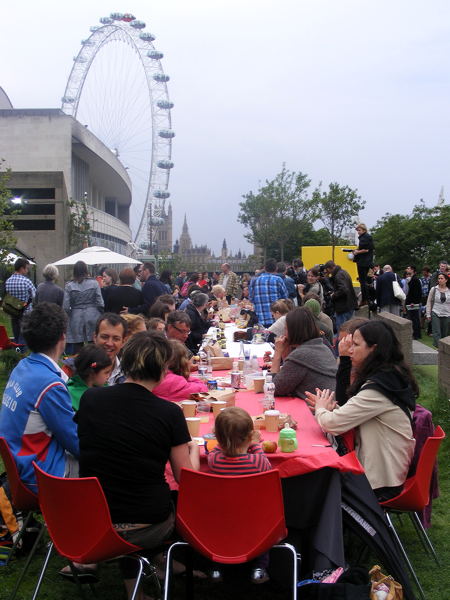 The Mayor and the actress joined South Bank local residents for a picnic party in the garden created on the roof of the Queen Elizabeth Hall as part of the 60th anniversary celebrations for the Festival of Britain.

The garden has been designed by the Eden Project's landscape architects and built by 25 gardeners from the Providence Row Housing Association who have previously been homeless or in prison.

"London has a gloriously rich history of communities coming together to create a neighbourly society and street parties have had an important role in this," said Boris Johnson.

"Stemming from the Peace Teas that marked the end of the First World War, to the epic celebrations around the recent Royal Wedding, there are now fantastic plans for a Big Lunch to mark the Queen's Diamond Jubilee.

"So if you have a hankering to help build a greater sense of community spirit in your area, they why don't you sign up to become a local champion and helps us to put the village back into the city."

Barbara Windsor added: "I have some fabulous memories of growing up in London and the street parties we all got involved in. They provided the perfect atmosphere for local communities to come together and for neighbours to get to know one another.

"I would love as many people as possible to sign up to become a local champion, so that together we can make the Big Jubilee Lunch the best party ever."

The Big Lunch is an annual one-day get-together where neighbours and local communities share lunch and enjoy a street party. Now in its third year, nearly one million people have taken part each year across the UK. The Big Jubilee Lunch will be held on Sunday 3 June 2012.

This year several Big Lunches were held around SE1, including gatherings in All Hallows Garden, Pearman Street and Tabard Gardens.