Police seize £80,000 of drugs in raid on Bermondsey’s Kipling Estate

Detectives acting on intelligence gathered during the investigation into this week's riots raided a flat at Simla House on the Kipling Estate in Weston Street on Saturday morning. 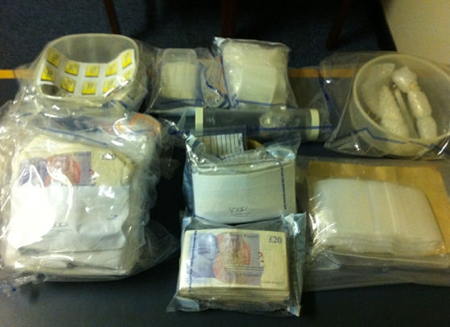 During the search of just one flat officers found significant quantities of what is thought to be ecstasy, cannabis, crystal meth and more than a kilogram of cocaine with a collective street value believed to be in the region of £80,000.

The officers from Southwark Police's drugs and firearms team also seized £34,000 of cash and a CS canister.

The search of the premises revealed a connection to a nearby lock-up. Officers searching the lock-up found nine Playstation 3s and 40 other computer consoles.

A 45-year-old man was arrested at the address. He has since been charged with possession of Class A drugs with intent to supply and money laundering.

He has also been bailed until 30 September in relation to possessing a prohibited weapon.