A stone believed to be from the original Waterloo Bridge is on display as part of an exhibition to mark the 250th anniversary of the birth of engineer John Rennie. 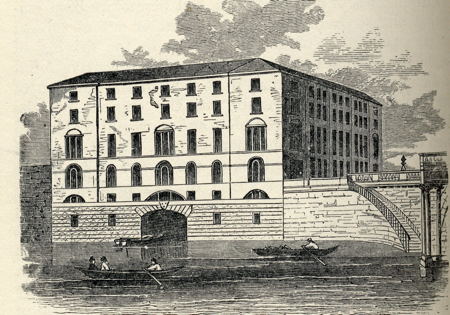 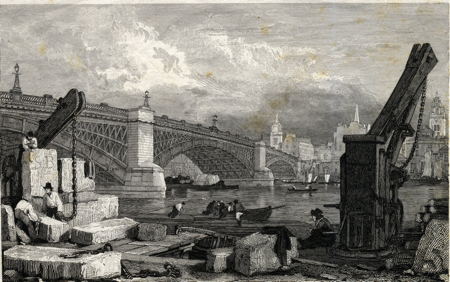 Scottish-born Rennie, apprenticed as a millwright and the first professional engineer to receive a university education, came to England and initially made his mark as the installer of millwork at Albion Mills beside Blackfriars Bridge – the first great steam-powered mill in London.

The Institution of Civil Engineers in Westminster has mounted a temporary exhibition this summer to celebrate Rennie's remarkable achievements. The ICE's council room has been filled with images and documents from the institution's archive and elsewhere.

The exhibition includes a keystone from Rennie's Waterloo Bridge of 1811-17 which was recovered by engineers Rendel Palmer and Tritton when the bridge was demolished in the mid-twentieth century and presented to the ICE. A section of balustrade from Rennie's bridge can now be found on the Haywards Heath estate owned by the ICE's benevolent fund.

There is also material relating to Southwark Bridge, including the original 1814 contracts for the ironwork and the construction of foundations and piers. The 240 foot central arch had the longest span ever constructed in cast iron. Walker's of Rotherham struggled to meet Rennie's demanding specification and the the problems associated with the Southwark Bridge project contributed to the firm's demise.

One exhibit of particular Southwark interest is the plan showing the extent of the demolition necessary to construct the southern approaches for Rennie's London Bridge which was completed by his son in 1831, a decade after the engineer's death.

The document shows that Dr Rippon's Chapel and St Olave's School were demolished to create the thoroughfare we know today as Duke Street Hill. It also demonstrates how Borough High Street was realigned to meet the new position of the bridge.

Beyond London, the exhibition also carries much material about Rennies' work on canals and waterways up and down the country, as well as his designs for docks and harbours and land drainage.

The exhibition is accompanied by a substantial catalogue booklet which is available free of charge.

• The John Rennie @ 250 exhibition is at the Institution of Civil Engineers, One Great George Street SW1, until Wednesday 31 August.